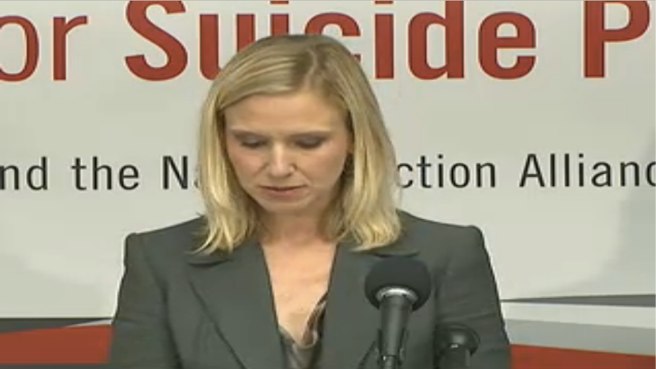 The Action Alliance, a two-year-old organization, today announced that it has received $56 million in new grants. The organization also released its report on revised strategies for suicide prevention at a launch event in Washington D.C.

Facebook, a long-standing partner of the alliance, was in attendance to reaffirm its commitment to using research and technology for improving suicide prevention tools on the service.

“Sometimes people turn to social networks in their most vulnerable moments, and sometimes social networks are a place where people express their deepest insecurities, disappointments, feelings of loneliness or despair, or even worse,” Levine said.

Social networks reflect the full complexities of life, she said, which is why Facebook feels it has a responsibility to its users to foster an environment that functions just as well in times of crisis as it does on happier occasions.

Levine, an economic advisor to the White House before joining the social network in 2010, discussed Facebook’s ongoing suicide prevention programs, including an initiative launched in conjunction with the National Suicide Prevention Lifeline that enables people to confidentially report suicidal comments on Facebook.

Facebook will continue to create tools that connect people to other mechanisms that will help those in need, Levine promised.

“Every suicide is a tragedy,” she said. “In collaboration with others, we can ensure that when people visit Facebook, they have access to the resources that will help them feel more connected.”