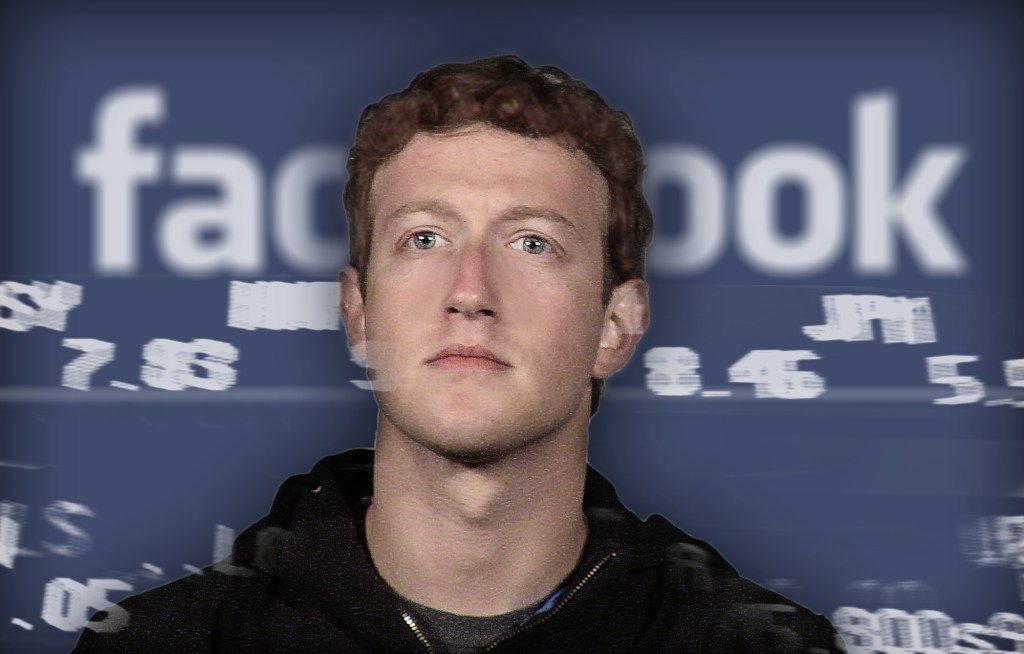 This was Facebook’s year. The social network made its debut on the public market, and it crossed the unprecedented one-billion-users mark. For many of the social network’s earliest employees, it was the stuff dreams are made of.

But so much happened to make those two dreams into realities. And the realities weren’t always all they were cracked up to be: The initial public offering got off to a painful start. In fact, stock prices for Facebook still haven’t recovered. And a billion users means a billion opportunities for bullying, privacy mishaps, and user data breaches.

Still, all highs and lows being considered, Facebook came into its own this year in a way no one in the world could ignore. Here are the biggest moments of Facebook’s 2012.

Facebook CEO Mark Zuckerberg got his first-ever patent this year. Some found it ironic that the patent dealt with online privacy. But since Facebook customers first began expressing growing concerns with how the network displays and handles user data, the company has viewed privacy in a much more serious light. And a few international lawsuits and investigations didn’t slow down that quest, either.

The story: “Patent #8,225,376 limits what users reveal online by implementing a privacy policy on their status updates and profile information … dynamically generating a view of a user’s profile page that is compliant with the user’s stated privacy preferences. … My friend gets all my information; my business contact only gets some.”

Facebook fired up its Open Compute Project a while ago. Its goal: to open-source the specs and designs for wildly innovative and efficient data centers, making the planet greener and lowering costs for large-scale Internet companies. In 2012, Facebook got a bunch of companies to sign on to the project, with one major exception: Google.

The story: “‘The benefits of sharing so far outweigh the benefits of keeping it all closed,’ said Facebook exec Frank Frankovsky. Of Google’s ‘competitive advantage’ argument, he added, ‘I have trouble getting myself in the mindset of thinking the infrastructure is a strategic advantage from a cost perspective. It’s really more about serving the end users — that’s what differentiates a business.'”

After a few years of constant crusading for LGBT issues, especially antigay bullying by and toward teens and young people, Facebook got a huge vote of approval: a prestigious award from the Gay and Lesbian Alliance Against Defamation (GLAAD). At a star-studded event, Mark Zuckerberg and Sheryl Sandberg both sent a video message of support from Facebook to the LGBT community at large.

The story: “‘After violent antigay images and comments were posted on a memorial page for LGBT youth, Facebook worked with GLAAD to monitor the highly visible page and launched, in conjunction with several LGBT organizations, the Network of Support,’ a Facebook rep said.”

After months of leading the charge in campaign for the mobile web, Facebook saw its leadership do an abrupt about-face. At a September event, Zuckerberg told a large audience, “The biggest mistake we’ve made as a company is betting on HTML5 over native.” But it reversed positions in a later, private chat.

The story: “Doug Purdy, the social network’s director of developer products, said HTML5 work at Facebook isn’t going away. ‘I have an entire team of folks that are focused on HTML5,’ said Purdy. ‘And [mobile browser standards project] Ringmark continues to be important to us; we have a team of people working on that.'”

6. Timeline launches to the world

Zuck introduced Timeline to the world back in 2011, and we got up close and personal with Timeline’s design mastermind just a month later. So when the new look and features of Facebook personal profiles finally rolled out to the world in January of this year, we were more than ready to share the good news and great design with everyone.

The story: “‘We think that people are really going to like these,’ said Facebook CEO Mark Zuckerberg. ‘We wanted to design a place that you’re proud to call your home. It’s a completely new aesthetic for Facebook.’ This ‘new aesthetic’ is probably the biggest change you’ll note when you start using Timeline.”

Facebook acquired gift-giving startup Karma in May, and it took the company just a few more months to roll out its own, fully integrated version of the service. Facebook Gifts was the social network’s way to let you give real gifts — wine, toys, cookies, even Uber car rides — to the ones you care about most. Not just sweet but also savvy, Gifts should be great for Facebook’s bottom line. And the service rolled out to all U.S. users just in time for Hanukkah and Christmas.

The story: “‘We think gifting is really a form of communication,” said Gifts creator and Karma founder Lee Linden. ‘We think people want to give gifts the moment they think of someone … and it may not always be convenient to pull our your purse or wallet and find your credit card right now.'”

With Actions, Facebook began its long-promise invasion of the web. The company has a vision that its buttons and social graph and commenting system — its very architecture — will someday soon be present on every website and mobile app imaginable. That your bank will use Facebook for your logins; that your actions and interactions on every website will find their way back to your Timeline — if you want them to. And in January, that invasion began in earnest.

The story: “Ideally, said Facebook exec Carl Sjogreen at tonight’s event, any app you find meaningful will be able to connect to Facebook in a way that’s more meaningful than just clicking a “Like” button or automating shares from that app to your Facebook wall — and that all your stories will be told, not through a universe of apps, but universally on Facebook and with a structured context.”

Zuck & Co. bought a billion dollars’ worth (more or less) of hipster-ized photos with the surprising purchase of Instagram in April. As Facebook continued on its march toward total global domination and Internet ubiquity, it saw a couple things in this upstart mobile company. First, an emphasis on capturing and sharing images quickly and well that Facebook couldn’t duplicate. Second, a devoted (and huge) following of iPhone app fans. Both the users and the tech made this buy a one-of-a-kind for Facebook.

The story: “Instagram cofounder and CEO Kevin Systrom told VentureBeat when the Android app launched, ‘This release brings us closer to the idea that we can help every person on earth share their lives and discover the world through a series of beautiful images.’ Every person on Earth — did you notice that choice of wording? Can you think of any other apps aiming for a userbase of every person on earth? ‘Providing the best photo sharing experience is one reason why so many people love Facebook, and we knew it would be worth bringing these two companies together,’ said Zuckerberg.”

One billion users — not just registered users, but monthly active users. Aside from Google web search, we can’t think of a single web application that’s reached that mark. The truly interesting part: With Facebook’s focus on the developing world and feature phone access, the first billion is just the beginning.

The story: “‘Helping a billion people connect is amazing, humbling, and by far the thing I am most proud of in my life,’ Zuckerberg wrote in a Facebook post. ‘I am committed to working every day to make Facebook better for you, and hopefully together one day we will be able to connect the rest of the world, too.'”

The shares were priced — conservatively, almost everyone in the Valley thought — at $38. The night before the initial public offering, Facebook employees celebrated at the HQ with a hackathon. On IPO day, Zuck rang the NASDAQ opening bell with a look of pride and elation on his face. But the same day, the company got slapped with a privacy lawsuit. Amid technical snafus from NASDAQ, the stock started to slide, taking other tech stocks with it.

Faceboook stock dipped as low as $17 in its tumultuous first months on the market, although it started clawing back some of those losses this fall, and it’s now trading at about $27 (as of this writing).  The most highly anticipated IPO of the decade left investors and onlookers — even Zuckerberg himself — disappointed, while the faithful (or optimistic) must wait and hope.

The story: “Analysts who had previously been bullish on Facebook are surprised. Early investors are disappointed. And social media enthusiasts are at least somewhat shocked. ‘I think it is a good long-term investment,’ said Mark Siegel, managing partner at Menlo Ventures. ‘The nature of the product itself makes it difficult to be displaced … I think it’s that kind of a core, bellwether company in a tech sector. It’s gotten there remarkably fast, but it’s there.'”