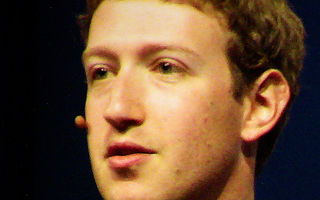 Facebook’s valuation climbed significantly this year, settling at figures in excess of $80 billion just after the company’s developer conference this month, f8.

Shares of the company’s stock on SharesPost, a marketplace for stock of privately held companies, are currently priced around $32. Overall, Facebook’s valuation  has fallen slightly from a peak of $87.5 billion, according to SharesPost prices.

In 2008, our reporters determined that Facebook was valued internally at around $4 billion. In the fall of 2009, Russian investment firm Digital Sky Technologies bought shares at a $6.5 billion valuation.

Then, at the beginning of 2010, a new report pegged Facebook’s valuation at $12 billion. That number quickly climbed to $34 billion by the end of the year and an astonishing $50 billion at the start of 2011. 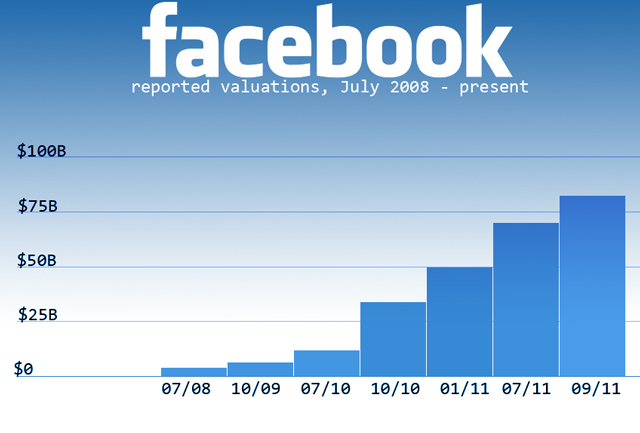 Significant f8 announcements that may have had an impact on share price include a complete overhaul of Facebook Profiles, both in terms of design and user experience. The company also announced expanded media features and developer tools.

While interface changes always lead to some rumbling among end users, Facebook’s incremental shifts in design and functionality have not yet alienated them to the point of mutiny or abandonment. With nearly one billion users on board, the new look and feel is even less likely to lead to a mass exodus from the network and its platform.

In other words, as the network of users grows and the company’s ad products and virtual currency continue to bring in multi-billion dollar annual revenues (currently estimated at $4 billion for 2011), expect Facebook’s valuation to keep on rising.