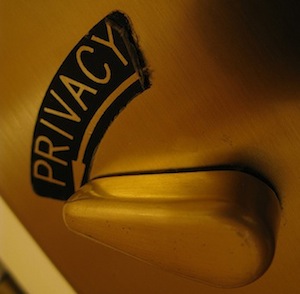 In all the discussion today about Facebook’s secret attempt to plant negative news stories about Google, most of the comments have (deservedly) focused on Facebook’s underhanded tactics. But here’s the other thing that struck me about Facebook’s criticisms: They’re pretty lame.

In its non-apology apology, Facebook invites people to visit this page when they’re logged into their Google accounts and see all the information that Google has collected about them. That’s what I did, and I was underwhelmed — in part because I could only barely make heads or tails of what the page was trying to tell me, and in part because what I could understand didn’t seem particularly sensitive. (Come to think of it, that’s how I feel when I check my Facebook privacy settings.)

Lucky for me, Danny Sullivan at Search Engine Land has written two posts taking a close look at the feature in question (which Facebook calls Google Social Circle, but which seems to actually be Google’s new +1 social search feature, or perhaps some social features planned for the future). He concludes that the information in question is already available publicly online, shared willingly with Google, or already shared by Facebook. As he put it:

If Facebook were really concerned about this, at the very least, it would close down all the public search pages that it published into Google. But that’s not going to happen, because that’s too much in Facebook’s interest.

To be fair to Facebook, this kind of hyperbole seems par for the course for both parties when Facebook and Google trade criticism. Google has repeatedly taken Facebook to task for blocking users from importing their Facebook contacts into Gmail. Which, I agree, is kind of lame — but is it really such a big deal that Google needs to harp on it again and again, to the extent that it’s actually killing features in Android to make its point?

In both cases, it seems like the substance of the criticisms have less to do with privacy and more to do with control — specifically, which company controls your social data. Could this become significant to the success of both organizations as Google ramps up its social efforts? Sure. But I think Facebook and Google are confusing their own interests with those of their users.