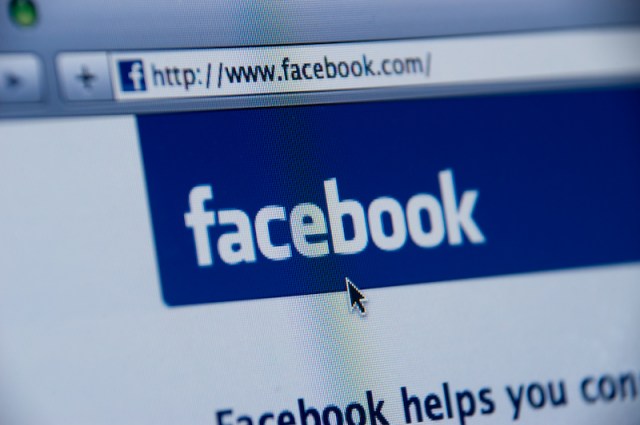 Don’t tell Google, but the top search term and the most-visited website of 2011 were one in the same: Facebook.

Inquiring minds asked about the world’s largest social network so much that Facebook accounted for 3.10 percent of all U.S. searches, according to data intelligence company Experian Hitwise.

Add in a few slight variations, and altogether, Facebook-related queries accounted for 4.42 percent of searches this year. This means the company has now been the top-searched term for three years running.

Perhaps more notable, and an even bigger blow to Google, is that the social network was once again the most-visited website of the year. From January to November 2011, Facebook attracted 10.29 percent of all U.S. visits, according to Experian Hitwise data. Pretty impressive, no?

Back on the search side of things, YouTube, Craigslist, Yahoo, eBay and MapQuest were among the top 10 most-searched terms in a year that was defined by social media queries.

“Analysis of the search terms revealed that social networking-related terms dominated the results, accounting for 4.18 percent of the top 50 searches,” Experian Hitwise said. “This is an increase of 12 percent compared with 2010.” 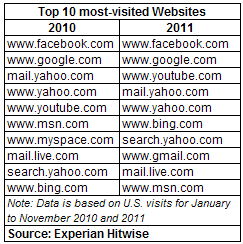 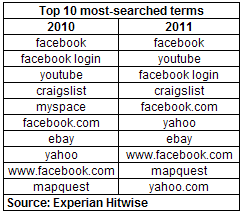