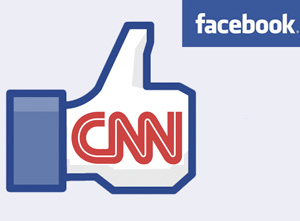 Prepare for more news content on Facebook than ever before. Facebook is reportedly working with publishers to create “Facebook editions” of their products to deliver news to social networkers, according to a Forbes report.

For years, news organizations have been using Twitter more than Facebook to get their messages out and publicize breaking news. So it makes sense that Facebook would be interested in building customized news applications and improving relationships with major news outlets. Back in April, Facebook even expressed a desire to have better relationships with journalists.

The report says nearly a dozen news organization have signed up to take part in the first round of “Facebook editions,” including CNN, the Washington Post, and The Daily. However, The New York Times has been hesitant to sign on because it could pose conflicts with its new subscription-based online model.

Facebook, not surprisingly, answered questions we had about the new project with a vague response.

“We have nothing new to announce,” a Facebook spokesperson wrote via e-mail. “The top media sites around the world are integrated with Facebook and we’re constantly talking to our partners about ways to improve these integrations.”

No financial details have been revealed yet, but it’s likely Facebook and the news outlets are trying to come up with a revenue sharing agreement.

The report indicates that Google is working on a similar news partnership project. It’s unclear whether this is related to Google+, the fast-growing Google social network, but because the company’s social push has been so strong during the last few weeks, we wouldn’t be surprised.

Are you looking forward to Facebook versions of your favorite news sites?