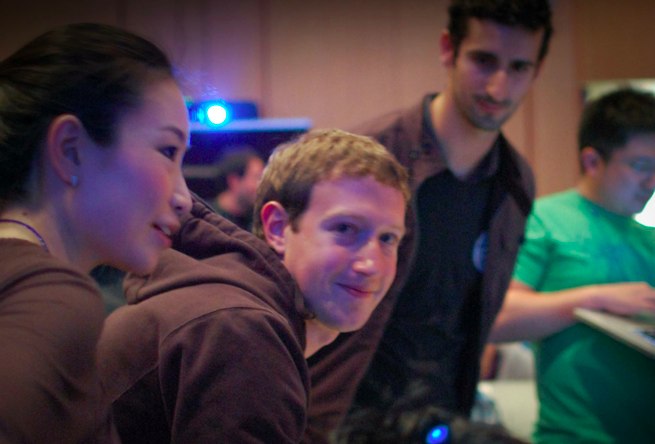 Not one to be bullied by Sunnyvale sourpuss Yahoo, Facebook is fighting fire with fire.

The social network, valued at $104 billion in a recent private auction, filed counterclaims to a Yahoo patent lawsuit Tuesday, alleging that its Valley foe is actually infringing on 10 Facebook patents.

“From the outset, we said we would defend ourselves vigorously against Yahoo’s lawsuit, and today we filed our answer as well as counter-claims against Yahoo for infringing ten of Facebook’s patents,” Facebook general counsel Ted Ullyot said in a statement. “While we are asserting patent claims of our own, we do so in response to Yahoo’s short-sighted decision to attack one of its partners and prioritize litigation over innovation.”

In March, Yahoo filed suit against Facebook citing infringement on 10 Yahoo patents. The predatory move, unknown to Facebook until the media caught wind of it, drew the ire of the internet community, with many labeling it a desperate attack by a company lacking in innovation.

“We have only just received Facebook’s answer and counterclaims, but on their face we believe they are without merit and nothing more than a cynical attempt to distract from the weakness of its defense,” Yahoo said in an email statement to VentureBeat. “As we have made clear from the outset, the unauthorized use of our patented technology is unacceptable and must be resolved appropriately. Other leading companies license these technologies, and Facebook must do the same or change the way it operates. We have proposed that Facebook join us in discussions to resolve the matter, but our overtures have been rejected. As a result, we are prepared to continue to seek redress through the courts.”

The gloves may be appear to be off, but this is all business as usual in patent litigations, Patrick Moorhead, president and principal analyst of Moor Insights and Strategy, told VentureBeat.

“In these kinds of patent litigations, you can count on a countersuit 95 percent of the time, particularly between two large companies,” he said. “The end goal for both companies is an out of court settlement.”

The companies, Moorhead argued, are both in a position of weakness, but Yahoo may want to win at any cost.

“Facebook’s back is against the wall driving to close an IPO without liabilities, one of which is now the lawsuit,” he explained. “Yahoo has fallen heavily from grace to the point of upcoming mass layoffs. Both parties would like a quick resolution, but I see Yahoo digging in for the long haul because they have less to lose and more to gain in a protracted lawsuit.”