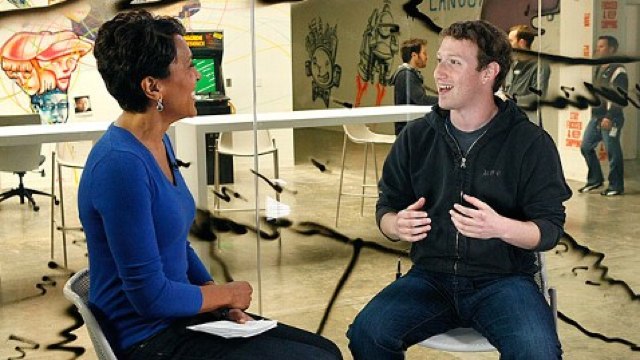 What happens when you add life-saving capabilities to the world’s largest social network? We’re all about to find out — that is if an interview between ABC News’ reporter Robin Roberts and Facebook chief executive Mark Zuckerberg lives up to the hype.

Zuckerberg will appear on tomorrow’s broadcast of “Good Morning America” to unveil a brand new tool that “has the power to save lives,” ABC News said in a press release issued Monday.

What might this new tool do? We pinged Facebook for insight, but the social network is keeping its lips sealed for now. But we do know that Facebook has previously taken an active interest in using social media to help people in crisis. The company partnered with the National Suicide Prevention Lifeline in November to encourage its users to confidentially report suicidal comments posted to the site.

Tuesday’s big reveal could be something along those lines, and we suspect the new tool will be tied to preventing bullying. The Bully Project and accompanying activist documentary film “Bully,” released in late March, have made bullying a hot topic of public and media discourse in recent weeks.

Of course, ABC News isn’t wasting a golden opportunity to play up its exclusive get. The news network is not only heavily promoting its tech celebrity GMA guest via Facebook (check out the new Timeline cover photo) and other channels, but also running follow-up segments, including a “World News with Diane Sawyer” interview with Facebook COO Sheryl Sandberg.