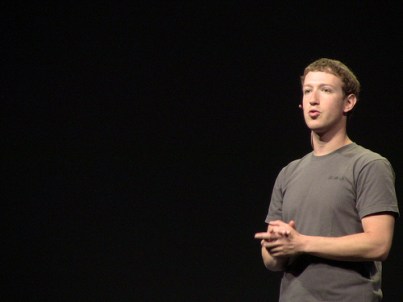 The social network has often come under fire for its privacy policies, a spark which fully ignited after Facebook changed the privacy settings of its users without permission in 2009. For example, Facebook suddenly set friends lists, photos and other information to a default publicly visible setting, even if the person had already designated those pieces of information as for friends only. This was cause for issue between Facebook and the FTC, the two settling that Facebook would have to have prior consent from users to change privacy settings. Facebook will also be undergoing 20 years of privacy audits, reminiscent of Google’s March FTC settlement.

Mark Zuckerberg announced further steps to keep his company in line, with the hiring of two privacy officers to handle “global public discourse,” and to make sure that privacy is addressed in each of Facebook’s developments. Erin Egan, the former partner and co-chair of the global privacy and data security practice of Covington & Burling, will be handling the privacy debate for Facebook’s external communications. Michael Richter, a current Facebook employee working on privacy, will head up an internally-focused team, which I can only imagine will become the poking finger in developer’s lives make sure each new feature is privacy-copacetic.

“We do privacy access checks literally tens of billions of times each day to ensure we’re enforcing that only the people you want see your content,” said Zuckerberg in a blog post. “These privacy principles are written very deeply into our code.”

The Facebook founder also explained Facebook had already taken care of a few of the issues drawn up by the FTC. An accidental way for advertisers to find a user’s ID number through referrer URLs was eliminated in May 2010, and a complaint about the Verified Apps Program was made superfluous as Facebook canceled the program in December 2009.

But even though the pressure from the U.S. has abated for the moment, Facebook is still seeing some pressure from the EU, as the union considers a ban on sharing data with advertisers. This is, of course, a crucial element in Facebook’s business model. About 89 percent of the company’s revenue will be supported by advertising, according to research by eMarketer.

Even Zuckerberg understands the fear around sharing, however. “When I built the first version of Facebook, almost nobody I knew wanted a public page on the internet,” he explained in the blog post.

It seems that people have overcome that fear. Facebook now has over 850 million active users on its social network. That’s around two and a half time the population of the U.S., and many of those are worried about where their data is going. As long as Facebook’s goal is to have people sharing information about their “real lives” on an internet that is still very removed from the day-to-day, privacy and data issues will continue to be a challenge for it.