Although headline writers like nothing more than proclaiming Facebook’s demise, the simple truth is that it remains at the very core of social networking – having more members and active users than any of its rivals.

But while Facebook’s global dominance is beyond doubt, some key questions remain. Is Facebook still growing, for example? And how many people are really using it? Facebook continues to announce quarter-on-quarter increases in “active user” numbers, but we know that the social media landscape is more competitive than ever and that Facebook no longer has the type of all-encompassing appeal it once commanded. Why aren’t these factors impacting the company’s self-published figures? Is it a question of definitions?

My company, GlobalWebIndex, tracks active usage across all of the world’s major social platforms, surveying 200,000 Internet users annually about their networking behaviors, and our data tells a very different story. If we look at the top 10 social networks and compare our Q4 2013 results against those from Q4 2014, Facebook is the only one that saw a decline in active user numbers (dropping 6 points). Meanwhile, Twitter and Google+ held steady, and all of the rest saw increases – with Instagram, Pinterest, Tumblr, and Badoo posting particularly healthy rises.

So, what’s going on here? First, Facebook’s definition of an active user is now so broad that you can do very little on the site and still be counted within its figures. Secondly, and just as importantly, GlobalWebIndex’s data shows that, while Facebook’s active user numbers are undergoing consistent declines, its member and visitor numbers are either holding steady or increasing. Clearly, we have a large group of Facebookers who are checking the site but not actually contributing to it – to such an extent that they don’t even consider themselves to be “active users.” It’s not that the site is losing active users per se, then, it’s that users are evolving into passive users – individuals who still visit Facebook but who use alternative networks or apps for activities such as photo-sharing and direct messaging.

To find evidence for this, we need look no further than the U.S. and U.K. (which, as Facebook’s oldest two markets, are typically seen as bellwethers for wider trends). Of the 15,000 people we surveyed in these two countries, half of Facebook’s members said they were using it less than before (rising to two thirds among teens). The main reasons for this were pretty revealing: A fifth said they were just not as interested in the site as they used to be. A similar number said they were simply bored of the network. That’s hardly surprising for a site that’s been around for over a decade, but it’s an issue the service itself has been (understandably) reticent to acknowledge.

According to our data, over a quarter of Facebook members are now “logging in to see what’s happening without posting/commenting on anything.” Tellingly, these Facebook “browsers” are more likely to be using chat apps, more likely to be on smaller networks such as Instagram, Pinterest, and Tumblr, and more likely to be 16-24. All of these individuals will be counted as active by Facebook but, in reality, an active user in 2015 is quite different from an active user earlier in the decade.

To keep investors and commentators happy, it’s inevitable that Facebook will continue to announce quarter-on-quarter increases in active user numbers; it is simply too perilous to unveil any decline. But it’s now having to look to fast-growth markets – where Internet populations continue to expand rapidly each year – to add new members in any meaningful quantities. Examine year-on-year behaviors and like-for-like user numbers in mature markets like the US and UK, and it’s abundantly clear that active usage on Facebook is declining. Little wonder, then, that it’s experimenting with services like Facebook at Work as well as a dedicated Tor browser version; both are designed to increase engagement among existing audiences rather than win new users. In the face of so much competition, Facebook knows that it needs ways to energize, and re-energize, its easily distracted user base.

Of course, perspective is essential here; Facebook might have become the site that it’s no longer terribly cool to say you use or like, but it’s still the number one global service (and by quite some distance). What’s more, Facebook’s Atlas platform is underpinned by the proposition of reaching specific audiences; that means people don’t need to be actively engaging with Facebook for ads to be targeted accurately. They just need to be visiting the site or have the app installed. So, as long as membership and visitation rates remain strong – as they are – profits will follow. 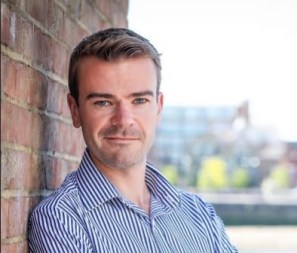 Jason Mander is Head of Trends at GlobalWebIndex.