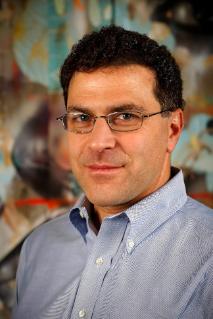 Facebook‘s developer platform — you know, the software that spawned all of those third-party applications that have since invaded users’ lives — is going through some managerial changes. Facebook’s newly-hired vice president of communications and public policy, Elliot Schrage (pictured), is assuming executive-level responsibility for it. The source of this story has consistently provided accurate inside information on Facebook in the past.

This is a bit odd. Why put the senior communications guy in charge of such a tech-focused part of the company?

Schrage, a lawyer turned business executive (but not a software engineer), is taking over from Chamath Palihapitiya, who will move on to other roles within the company, according to the source. Schrage joined Facebook in May. He left a very similar job at Google, where he did things like represent the company in front of Congress when it was getting its feet held to the fire for censoring its search results in China.

Palihapitiya, though, seemed like he would have been a good fit for such a large, tech-oriented duty like the platfrom. Earlier in his career, he’d had complete responsibility for AOL’s AIM and ICQ instant message services. And he is also a techie, having graduated with first class honors the University of Waterloo in electrical engineering.

The formerly-hyped and more recently maligned platform, and the third-party applications on it, have been getting negative publicity and — worse — negative feedback from users who feel that applications have been too spammy. But the company has been working hard to improve the experience users have with the platform. It has been coming out with near-constant changes that do things like prevent spam, such as minimizing excessive email invites that an application is able to send to users.

Talented managers like Dave Morin and Benjamin Ling (the latter of whom came from the tech side of Google) run the day-to-day technical aspects of the platform, and also engage publicly with developers.

Regardless, maybe now is the time for damage control?

Standing up for censorship in China must only have bolstered Schrage’s resume on the public relations front (the Google rationale for China censorship, by the way, was realistic, and the same one made by numerous US companies — the move was the only way it could get access to the Chinese market).

Chief operating officer Sheryl Sandberg, who only arrived in March herself from a senior business position at Google, must have seen his PR prowess on display, then, from the inside.

And maybe Palihapitiya, whose title is Vice President of Product Marketing, has been doing exceptionally well with other aspects of his responsibilities, which until now have also included customer operations and marketing. There are most certainly more changes going on behind the scenes, and he may end up with other responsibilities to replace his platform ones. 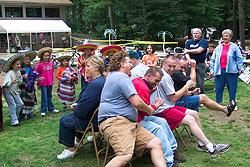 Still, to outsiders, Facebook executive positions are looking like a game of musical chairs. People sit down one month, the next month the music starts again, everyone gets up and walks around, a chair gets taken away and then everyone sits back down for the next month.

The seemingly month-to-month reshuffling of executives and their responsibilities have recently included the departure of founding chief technology officer Adam D’Angelo, founding all-purpose business and product guy Matt Cohler, and yesterday, data analytics team creator Jeff Hammerbacher (who was lower on the totem pole, but a leader).

But hold on, I’m being unfairly critical of these changes — especially of Schrage.

Facebook’s platform, whether or not you care for it, has created hundreds of thousands of new applications, some of which are wildly popular with users — and legitimately so. Archrival MySpace, which earlier in its history tried to ban third parties who built simple, unsanctioned widgets for it, has launched its own developer platform. In fact, every major rival has launched a developer platform in the last year. That list also includes Google and its Orkut social network (big in Brazil!), hi5, Friendster, Bebo and and recently even country-specific social networks like Chinese sites 51.com and Xiaonei.com.

So, Facebook’s platform has created a microeconomy that has both rightly and wrongly pushed the boundaries of what web services can do using social network user connections and data. The reaming the company has taken in the press has been myopic, when you consider what the platform has done to the entire industry, and when you consider Facebook’s ongoing efforts to evolve what the platform offers.

In fact, the second annual “f8” Facebook platform developer conference later this month will feature a new Facebook user profile design that intends to better reward good apps while punishing the most abusive ones. The conference will also feature a new iteration of an existing platform feature called “Facebook Connect” that lets third party developers access Facebook user data from their own web sites. Lastly, the reason I italicized “second annual,” above is because the platform as we know it today only launched a little over a year ago. It’s still a work in progress, it’s still constantly improving in order to make users happy.

Schrage, the seasoned PR vet that he is, will now be in a position to highlight the best aspects of what the platform has already accomplished — and what it intends to accomplish in the future. An aggressive, public champion seems to be what the platform needs most right now.

[Photo of Schrage, top, via Facebook’s executive bio page; Photo of musical chairs game, which I’m quite certain does not include anyone at Facebook, from Pine Acres Resort.]