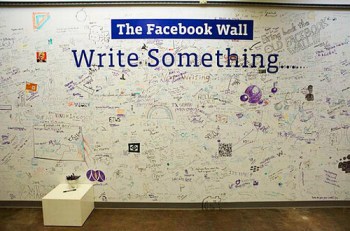 With 2011 winding to a close, talk of Facebook’s long-rumored 2012 initial public offering is crescendoing to cacophonous levels. A new report purporting that Facebook is targeting an IPO date between April and June of the upcoming year is adding to the orchestra.

Facebook is looking to raise $10 billion at a $100 billion valuation through the offering, has its paperwork ready to go, and is already in talks with the Securities and Exchange Commission about timing, according to a new Wall Street Journal report.

The world’s largest social network may even file its papers to go public before the end of the year.

We’ve heard most of this before. In June, a CNBC report claimed that Facebook was targeting an early 2012 IPO with a potential $100 billion valuation.

Six months later, the timing appears to remain in limbo, even as the company continues to inch closer to April 30, 2012 — the date that Facebook would have to disclose its financials under the SEC’s 500 investor rule. Facebook has yet to select bankers to underwrite the offering and CEO Mark Zuckerberg has not made any final decisions, sources said.

When reached for comment, a Facebook representative said, “We’re not going to participate in speculation about an IPO.”