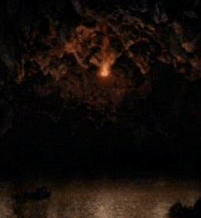 When Yahoo started working on Fire Eagle, its location-based web platform, it clearly had the right idea. It wanted to make serving your location data to third-party web services easy. Unfortunately, this concept has taken a while to catch on. Yahoo gave Fire Eagle a push out of the nest last year, officially unveiling it, but it needs something else to get moving on its own — and that just may be a stream.

The service has just launched Fire Eagle Location Streams, which, just like activity streams on other social networks, will help to continually update followers with your location. The highly-technical post on the Fire Eagle blog goes into further detail, but basically, the team has decided to build an XMPP-enabled Fire Eagle. XMPP, or Extensible Messaging and Presence Protocol, is sometimes known as the “firehose” because it represents a way to instantaneously send a huge amount of data. An example of this in action is Twitter sending its updates to a service like FriendFeed via XMPP. This allows FriendFeed to get updates faster (and use less resources) than if it had to crawl all users’ RSS feeds individually.

Speaking of FriendFeed, interestingly enough, Fire Eagle says it looked at SUP, Simple Update Protocol, a technology created by FriendFeed to better handle data updates. But the Fire Eagle team ultimately decided that XMPP was a better fit due to privacy requirements.

If you want to learn more about Fire Eagle’s location streams, check out the FAQ on their blog post. It’s not yet clear which services will use this feature, but as location becomes a bigger part of social networks, you can bet that location data sent via XMPP will be increasingly desirable.

Yahoo competitor Google just launched its own location-based service Latitude, and it gained a million users in one week.