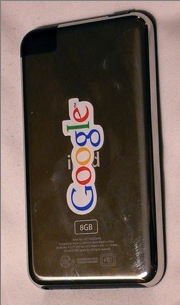 It seems like once a month there is some talk of either delays or dismay surrounding Google’s mobile Android platform. Today brings a new report that the first phones built for Android, so called “Gphones,” could be delayed from the end of this year until the beginning of next year, according to Barron’s.

Specifically, one of the handset makers that is thought to among the first to deliver a device, HTC, is “having structural problems to incorporate Google’s demanded feature set,” Global Equities Research analyst Trip Chowdhry says. He goes on to say that he’s learned that developers are staying away from Android at this point because they are focused on the systems already out there: BlackBerry, Symbian, Windows Mobile and of course, the iPhone.

Since the launch of the iPhone I’ve had a chance to talk to a lot of third party application developers and almost all of them have said they are staying away from the Android platform until they know more about it. That in and of itself is probably not a good sign.

While today’s report doesn’t have much else to it, it does follow one several weeks ago that said Android is facing a rocky road with certain aspects of the platform and that delays were a possibility. Talk of Android delays also surfaced in early June. Both times Google has maintained that the first Android enabled phone would launch before the end of 2008.

We’ve reached out to Google for comment this time and will update if we hear back.

Update: Representatives for both Google and HTC have now responded. HTC indicates the Barron’s report is inaccurate, while Google maintains the first Android phones will launch in 2008. More info here.