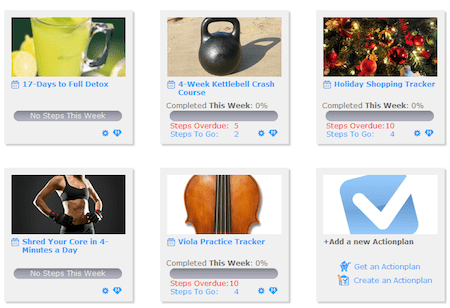 When self-help startup Fitango launched in December, it offered a marketplace where users could learn about and commit to action plans for fitness, nutrition, and more. Now it’s adding features that help users share their knowledge.

The idea is that if you really want to get in shape or learn more about being a good parent (to pick examples from two of the site’s more popular categories), you need a detailed, step-by-step guide. So when you go to Fitango, you can purchase an action plan (which can include media like demo videos), track your progress, ask experts for help, and post messages and reminders to motivate other users. And there’s a fun badge system rewarding different behavior. (There’s a “mother in law” badge for users who persistently nag their friends to do better.)

Until now, all of Fitango’s action plans came from experts who had been certified by the company. There’s still value in recognizing experts, said founder and chief executive Dov Biran, but regular users have something to contribute too. After all, people often follow self-help advice from their friends — I’ve been asking VentureBeat’s unofficial fitness guru Owen Thomas for advice as I started hitting the gym over the last few months.

So the New York City startup has added the ability for users to create their own action plans and share them with their friends. Biran said users will soon be able to offer their plans in the Fitango Marketplace. However, they won’t be able to charge money for them. Why the limitation? When users actually pay for an action plan, it’s important they know it’s coming from someone who knows what they’re talking about, because they’ve been vetted by Fitango.

Fitango has about 10,000 registered users and receives about 20,000 visitors per month, Biran said.