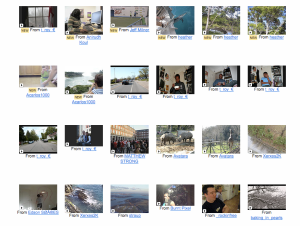 Flickr, while known as one of the main picture hubs on the web, is also a pretty nice place to share videos. Until now, though, that option has only been available to users with “Pro” paid accounts. Today, that changes as the service opens up video uploads to all users while granting Pro members the ability to go high definition with their video uploads.

If you’re wondering why you might use Flickr for videos as opposed to YouTube or Vimeo or any of the other established video sites, Flickr thinks about its offering a bit differently. Because videos are limited to 90 seconds, the service thinks of them more as “long photos,” as it points out in its blog post today. And videos on Flickr tend to be more personal or quirky and have less “viral” aspirations than videos on the high-traffic video sites.

One downside for Flickr video for non-Pro users is that, just as with picture uploads, there will be limits. Free users will be allowed to upload two videos per month in addition to their 100 megabyte photo upload limit. This, along with the 90-second limit, will limit the appeal of the service for some. But as I mentioned, with Flickr video, it’s less about the viral video crowd and more about extending the personal photo-sharing experience.

In that regard, I’d say the biggest rival to Flickr video, and really Flickr overall, is Facebook. Recent data suggests that Facebook is pulling away as the leading online photo site. It not only offers unlimited online photo storage for users for free, but also offers online video storage as well. Perhaps this extension of video privileges to all Flickr users is an attempt to close the feature gap. Another thing that Facebook, YouTube and Vimeo have offered is the option to upload and playback high-definition video. Now Flickr will have that for Pro members as well. (Pro members will be able to upload HD video, but anyone will be able to play it back.) As more cameras are capable of handling HD video, and more point-and-shoot HD video cameras are showing up on the market at attractive prices, this is a nice option to have.

One final video-related project that Flickr is working on is something called Flickr Clock. Basically, it’s a new visualization tool that displays videos from around Flickr based on the time they were taken.

A one-year Flickr Pro account costs $24.95, or you can get two years for $47.99. Flickr, which is owned by Yahoo (and it just happens to be that company’s 14th birthday today), launched its video service last April.