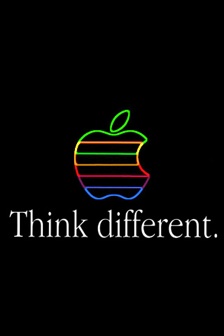 Apparently not satisfied with the massive number of 3G iPhone rumors floating around, analysts Forrester Research have come up with some new ones — predicting new Apple products for the year 2013.

The emphasis by then, as Forrester sees it, will be on technology for the home. Areas such as the living room will be a focal point, something which Apple has already started with its Apple TV media device.

Among Forrester’s dream devices/services as detailed by The Wall Street Journal:

Wall-mounted digital picture frames — Naturally these would be in high definition and would also contain speakers to play all of your media. They could wirelessly play movies and music as well as show pictures that are stored in other places throughout your house. These would be Multi-touch enabled as well.

Apple clock radios — This too would stream music and other media from hubs throughout the house. Forrester sees such as device as being more of a one-stop-shop for all your music needs.

Universal Remotes — A possible touchscreen universal remote that would allow you to control everything from one device. Such a device may even be the iPhone/iPod Touch of the future.

A “Genius Bar” for the home — Apple stores are famous for their Genius Bars, where Mac experts solve your Apple product technical issues. Forrester thinks such teams could be mobilized in the future to come to your house to help you with your vast array of Apple products.

Most of these sound rather boring to me. I’m sure they would all be well-made by Apple, but where is the excitement that can currently be found in the mobile and digital music fields thanks to the iPhone and iPod devices respectively?

Continuing on the prediction trend, I would expect Apple to come out and challenge the exciting things Microsoft is doing with its Surface computing initiative by releasing large, Multi-touch displays meant for the home and for places of work.

Finally, I would expect that by 2013 Apple will still be heavily invested in creating new technology for the mobile market. Who knows how advanced the iPhone will be by then, but if current trends continue (meaning the other cell phone companies continue dropping the ball), I would expect it to be the dominant device in the mobile realm. I also think Apple will indeed release a new type of portable computer that is simply a screen utilizing multi-touch technology. 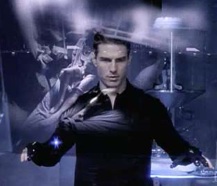 As a wild card, I wouldn’t rule out Apple developing some kind of 3D manipulation technology computing system similar to what we saw in the film Minority Report. That may not happen, but boy would that be cool.

Interestingly enough, one device Forrester doesn’t see Apple making is a full-fledged television set. There have been rumors for a long time that the company may try to build a LCD TV with an Apple TV built into it. Even Apple co-founder Steve Wozniak (who is no longer with the company) sees Apple heading in that direction. I would probably agree with Woz over some analysts.

Too often, analysts think about things as they are now and extrapolate that out into the future for trends. It’s more likely that there will be something completely new by 2013 that Apple — or someone else comes up with that revolutionizes the technology world just as the iPod and iPhone have done. Think different, right?