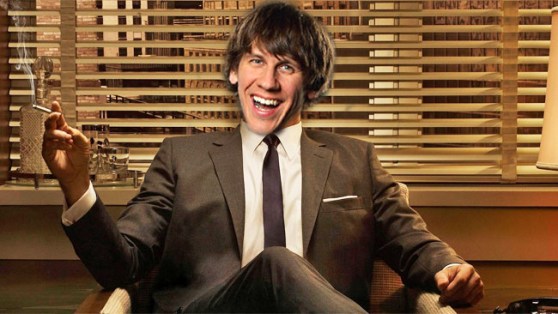 It’s an issue that the company has had for a while now, but it’s reemerged in a strong way this week — first with Foursquare’s latest iOS app update, and then with its $41 million cash infusion. There’s a lot of pressure right now for Foursquare to prove it can make money. 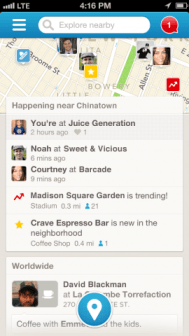 Above: Crowley is still trying to prove that he can build a business from that pretty little app of his.

So what’s CEO Dennis Crowley’s plan to make that happen? How about selling all of that check-in data his company is sitting on?

According to AdAge, Foursquare is working on an ad product that would allow third-party advertisers to use its data to target ads on external ad networks.

The move makes a lot of sense. Foursquare has over 30 million users and they’ve checked in over 3.5 billion times so far. That’s a lot of data.

And it’s more than just numbers. Not only does Foursquare know where people check-in, but it can also tell you where people are likely to go next. That sort of contextual data will be a powerful tool for its advertising ambitions. As Crowley likes to point out, Foursquare wants to become “the location layer for the Internet.”

The move couldn’t come at a better time for Foursquare. While the company has introduced both in-app ads and promited lisitings to make money, those measures only helped it pull in $2 million last year, according to sources.

To understand the power of Foursquare’s data, check out the video below, which Crowley is particularly fond of.