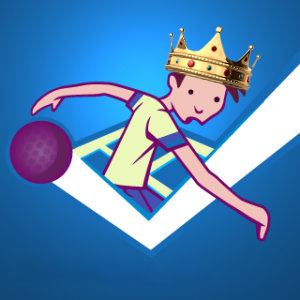 While Facebook was rolling out some changes to its privacy policies today, the company also quietly announced it was killing off the Foursquare-like Places function inside of its mobile app.

The Facebook Places feature was unveiled a year ago and let users “check-in” to various locations. Many saw this as a serious threat to other social location services like Foursquare and Gowalla because Facebook has an incredible number of users. But by October you could already see that the feature wasn’t catching on, with only 6% of Facebook users trying the service.

As an alternative to the Places feature, Facebook will optionally add a location to status updates or pictures. But adding a location to a status is clearly not the same as checking in and getting the benefits of knowing where your friends are. So really, Facebook has folded the check-in the game in favor of a broad location idea that many users will likely not try. (Just as they didn’t try Places.)

Foursquare has to be happy about this, though the company declined to say anything about the death of Places. It did use the opportunity to toot its own horn.

“Far from concentrating on what others are doing, we’re 100 percent focused on continuing to build an amazing product that changes the way people experience the world around them,” a Foursquare spokesperson told VentureBeat.

The New York-based Foursquare has been on a bit of a roll with a slew of announcements the past few months. A week ago, the startup added the ability to check into events with friends, and in mid-July it partnered with several daily deals sites to offer better deals to customers who checked in.

As of July, Foursquare has more than 10 million users and has had more than half a million businesses sign up to offer specials. The company recently raised a $50 million funding round with a valuation of $600 million.

Personally, I never used Places because I already had Foursquare for check-ins. Another reason I wasn’t attracted to Places was because there are many people on Facebook I don’t know well enough to share my location with. My Foursquare friends, however, are people I’m comfortable with knowing my whereabouts.

What do you think of the death of Facebook Places?