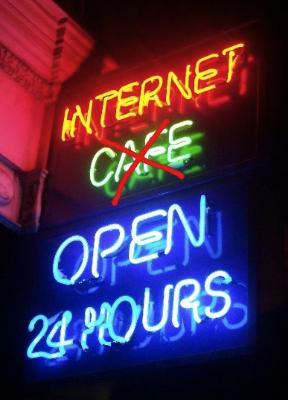 A government proposal to initiate free national Internet on open airwaves could go ahead, providing free Internet to half the United States’ population in four years and 95 percent within a decade, according to the Wall Street Journal.

The project was proposed two years ago by M2Z Networks, a startup backed by Kleiner Perkins. However, the idea was met with a flurry of objections, the strongest from T-Mobile, which is keen to protect revenue from its own wireless networks. The company said that the network would interfere with its own broadcasts, but tests done by the Federal Communications Commission have now shown that the concern was overblown (or maybe fabricated?).

The next step is to create rules for the new network, and then auction off the spectrum sometime in the first half of next year. Given the likely cost, it’s unlikely that a startup like M2Z could snap up the spectrum. A partnership with a large company would be more likely.

However, an investment consortium of the sort that help build out international data wires could also enter the arena. This isn’t the best time for investors to pony up billions of dollars, but the target market is large enough to make the proposal attractive.

Today, only about 55 percent of American adults have a broadband connection at home, according to recent data from the Pew Internet & American Life Project. Government-mandated wireless wouldn’t be as fast or useful — and would require blocking software for as-yet-undefined objectionable content — but it could add a potentially significant group of users to the Internet.

That new group would also provide an extra boost to online advertising, especially since the free portion of the network would actually be ad-supported. Free service would operate at 384kbps, enough to handle basic surfing needs and faster than dial-up service, which many people still use. For $20-30 monthly, users would have access to a 3Mbps service, which is competitive with most cable and DSL services available today.

A similarly ambitious plan by a startup called Frontline Wireless failed to take hold earlier this year. Frontline wanted a chunk of free spectrum to be assigned to emergency services like police and rescue, with an unused portion being set aside for an open network. Google supported the plan, but the spectrum was ultimately bought by Verizon and AT&T.

Google also has an ongoing “Free the Airwaves” campaign to deregulate available “white space”, or tiny fractions of available bandwidths between broadcast TV channels. Success for that project would offer yet another avenue for free or low-cost wireless.