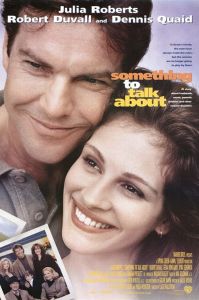 When FriendFeed launched its redesign on Monday, some users (like me) applauded the move as a step in the right direction towards a more real-time web experience. Others, simply put, hated it. But initial reactions are well, initial. Now that everyone’s calmed down a bit, and as more users are testing it out, what does the data have to say for how it’s doing?

Very well, if a chart (below) released by FriendFeed co-founder Paul Buchheit tonight is any indication, the combined number of replies and likes skyrocketed after the launch of the new beta version. And impressively, those data points have either stayed at those high levels or continued to grow.

To be fair, the chart is a bit vague, as it has no y-coordinate numbers. But it still shows a trend that is undeniable: More people are getting involved in conversations as a result of the redesign. This makes sense because the new emphasis on real-time updates makes conversations feel more like a massive instant message conversation rather than a static comment thread. The perfect example of this occurred on Monday when an episode of the Gilmore Gang podcast was being recorded live talking about FriendFeed. The FriendFeed thread about the podcast exploded with over 800 comments in a short time span.

Judging from reactions today on Twitter, it seems that a lot of users are now liking FriendFeed’s redesign — some even after initially hating it. I’m still loving it, but I wish the beta version were a bit more optimized for a mobile experience. While it works just fine on my iPhone, the live-updating sucks my battery dry very quickly.

Once FriendFeed is done polishing the beta version a bit more, the plan is to work on an updated mobile version, Buchheit tells me in acknowledging the battery issue. Notably, he also says that the company’s finally considering a native app for the iPhone that could take advantage of the new Push Notification feature coming in the iPhone 3.0 software due this summer.

“Personally, I think the combination of filters and push notifications could be really cool. Imagine getting a buzz on your phone every time someone mentions your name,” Buchheit says. But he notes FriendFeed’s not certain it wants to go the native app route yet.