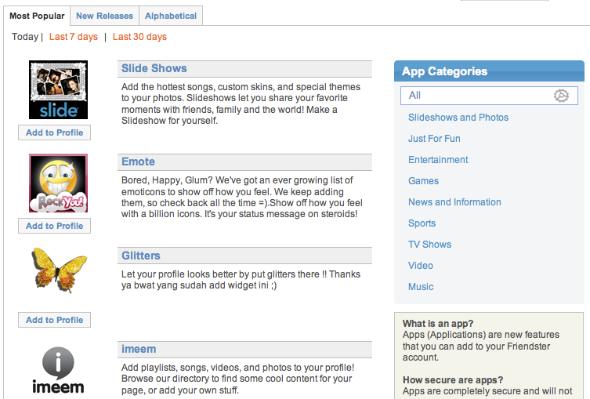 San Francisco-based Friendster first rolled out elements of its own developer platform last October, and some developers have told us they’ve already seen substantial growth on it. The company claims more than 10 million of its 75 million total (not monthly) unique users have added at least one app, with nearly half a million apps being added to Friendster user profiles per day.

Thousands of developers have registered for the company’s developer program, and more than 450 apps have been deployed. Friendster, like other social networks, regulates which apps can go live on the platform. Forthcoming OpenSocial apps for Friendster will need to go through the screening process — successful ones will, among other things, appear in the company’s app gallery for user perusal (screenshot above).