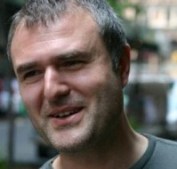 It’s time for media and advertising to join other industries that are battening down for an oncoming recession, according to Gawker Media founder Nick Denton. He’s cutting almost 15 percent of his workforce, or 19 of 133 people.

Denton is worth paying attention to, because Gawker is one of the most successful new media companies around. Gossip rag Valleywag might be the best known of its properties in Silicon Valley, but the most successful of the 12 blogs Denton runs are the “gadget guide” Gizmodo, gaming blog Kotaku and the flagship property, Gawker.

His complete letter to employees was reprinted by Valleywag, which lost three of its five writers. One thing to note is that the cuts are only coming to the less popular of Gawker’s blogs, so this looks more like a cautionary move than full-scale panic.

But if Denton is right, the Gawker network — which gets over 20 million unique visitors a month — will be in less trouble than many new media brands and advertising startups. And long-suffering old media, meaning newspapers, television and radio, may be pushed from its current slimming diet to outright starvation.