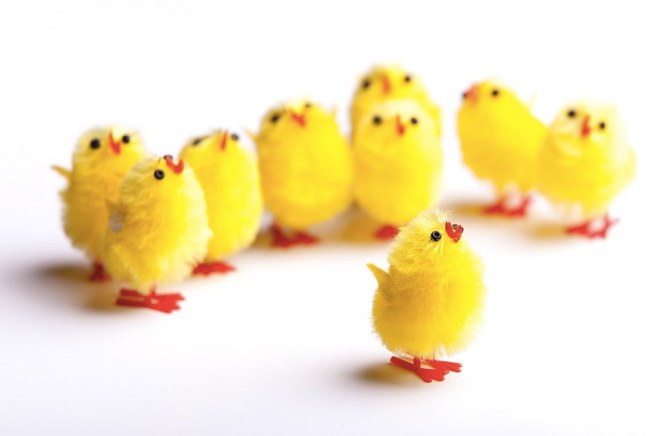 It’s a new generation — of young 20-somethings who tweet from their smartphones.

From May 2011 to February 2012, the overall percentage of online adults who use Twitter barely moved the needle, growing by a measly 2 percent to 15 percent, according to research from the Pew Internet and American Life Project. Today’s youngsters, especially those in the 18 to 24 age range, are another story entirely. 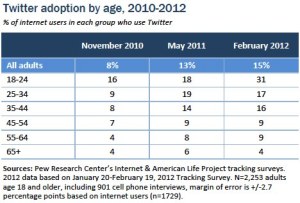 Nearly one-third, or 31 percent, of 18- to 24-year-old Internet users are now Twitter users, Pew found. The figure represents 74 percent growth from May 2011 when just 18 percent of internet users in the 18 to 24 age bracket were Twitter users. Plus, 20 percent of these young adults now use Twitter on a typical day, up from 9 percent in May 2011.

Pew’s study findings are based on telephone interviews conducted in two batches earlier this year, each with more than 2,200 adults 18 and older.

Pew also found that one in five, or 20 percent, of smartphone owners are Twitters and that 13 percent of smartphone owners use Twitter on a typical day. The more basic the phone, the less likely internet users are to use Twitter, Pew found. As such, the research center believes there to be a strong connection between the rise of young Twitterers and increased smartphone adoption among this group.

“This correlation between Twitter adoption and smartphone ownership may help to explain the recent growth in Twitter usage among young adults,” Pew said in the report. “Those ages 18-24 are not just the fastest growing group when it comes to Twitter adoption over the last year — they also experienced the largest increase in smartphone ownership of any demographic group over the same time period.” 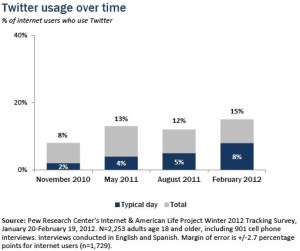 While the with-it and hip may be sweet on Twitter, older generations are either loving it or leaving it be. Twitter use by online adults in their mid-20s to mid-40s leveled off in the past year.

Here’s one thing worth nothing: Twitter may not be becoming more approachable to the overall online publication, but those that do use the service are using it more actively. Twitter usage doubled between May 2011 and February 2012 with 8 percent of online adults using Twitter daily.