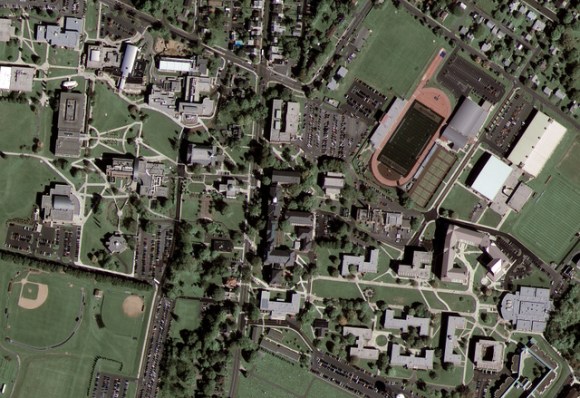 Google signed a deal with satellite imagery company GeoEye back in August to get exclusive images from the company’s new GeoEye-1 satellite. That satellite took off in early September and yesterday it snapped its first images 423 miles above the Earth’s surface, reports Wired. The image (above) is pretty remarkable.

The world’s highest resolution satellite puts current commercial use imagery to shame — including the photos currently used in Google Maps and Google Earth. When Google gets more images like this from GeoEye-1, it’s hard to imagine anyone wanting to use any competitor’s images.

ReadWriteWeb also put together a nice comparison picture (below). 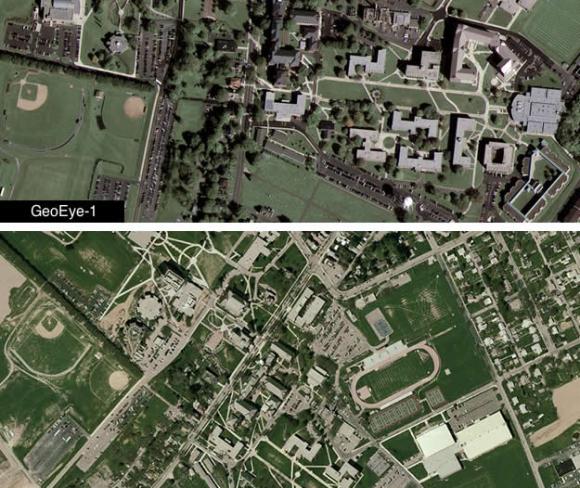 What’s amazing is that as good as these pictures look, they could be even better. You see, the U.S. government is also using the GeoEye-1 for national security purposes. Because of that, it restricts the images companies like Google can use to 50 centimeters or worse resolution — even though the satellite is capable of 41 cm resolution. Not that a restriction that close really matters — that’s only for black and white shots — color images are limited to 1.65 meters.

GeoEye rival DigitalGlobe is Google’s current provider of satellite imagery. Rivals including Microsoft use DigitalGlobe as well. Expect them to push for an upgrade quickly when they get a load of these pictures.