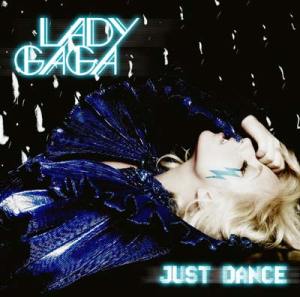 Since its launch, Apple’s iTunes store has had one price for almost all music tracks: $0.99. This uniformity has kept things simple for customers, and no doubt helped the store rise to its current place as the number one music retailer in the United States. But on April 7, the price structure is changing.

We’ve known about this for a while. As part of the deal get the music labels to supply iTunes with digital rights management (DRM)-free music, Apple was forced to back down on its $0.99 uniform price demand. The entire store was to be converted to DRM-free by the end of the first quarter, with variable pricing to be in place by April 1. But music executives are now telling The LA Times that the date will actually be April 7.

The new iTunes pricing structure will work as follows: The most popular songs in the store will now be $1.29. A lot of tracks will still be $0.99, but a portion of the ones that aren’t $1.29 will be reduced in price to $0.69. Obviously, this is an effort by the labels to make more money off of the music that sells the most. During the announcement at Macworld in January, Apple’s Phil Schiller promised that there would be many more tracks available at the $0.69 price point versus the $1.29 one.

A lot of people both inside and outside the industry are already pointing to this pricing change being a bad idea. One of the music industry’s lone bright spots has been digital downloads, and any barrier to entry, such as a price hike, or even just a pricing structure change, will likely frustrate customers. Though, to be fair, Apple started the $0.99 pricing six years ago — today, that same $0.99 is roughly $1.17, as CNET recently pointed out.

It’s not yet clear how this will affect album pricing. Traditionally, Apple has sold albums for $9.99, but that isn’t as uniform as the $0.99 a song rule. But if a really popular artist has a bunch of songs going for $1.29, it could raise the price of the album. Or, perhaps Apple will provide a discount since you are buying the whole album. If I had to guess, I would bet the album pricing won’t change too much, if at all.

Interestingly enough, when Apple first unveiled DRM-free music, which it calls “iTunes Plus,” a couple of years ago, those tracks were all $1.29. But soon, pressure from other DRM-free stores like Amazon forced Apple to reduce those tracks to the standard $0.99. Could we see that happen again with popular music? If tracks stop selling, perhaps.