It’s wonderful to raise money via crowdfunding platforms such as Indiegogo and Kickstarter. Not so great, however, if PayPal refuses to release the money that supporters have pledged to back your project.

UPDATE: What PayPal is doing to fix this kind of problem

The project, which actually started making augmented reality glasses before Google announced Glass, has raised about $100,000 of its $150,000 goal via a very successful Indiegogo campaign. However, with nine days to go, PayPal has informed project founder Francesco Giartosio that it will not be releasing all of the funds contributed.

In fact, PayPal told GlassUp they’ll only release what GlassUp calls “a tiny amount of the funds” until final delivery of their product. The only problem? Pledged funds are absolutely necessary for the production of GlassUp’s product.

Giartosio explained the problem in an update on the project’s Indiegogo page:

Here is the whole story.  Near the end of our GlassUp campaign on IndieGoGo, Paypal blocked our account, seeing so much cash come in.  They did not alert us in advance, nor did they notify us after having done it!  After a few days, we found it out because a backer on IndieGoGo was kind enough to inform us that his payment through Paypal was not working.  So we accessed our account, and found it was blocked.  This already upset us quite a bit, we consider it to be an offensive way to treat your customers (or anyone else).  Also considering that we had done nothing wrong, except having a particularly successful campaign.  We don’t treat our customers this way.

On our Paypal account, we found a request for more information, that we sent in.  Then we got a long list of questions, that we answered.  At the end, we were informed that the account had become Limited: we could now receive payments, but not collect the money.  We would have received the money only after delivering the product, in 2014.

We complained that this goes against the whole concept of crowdfunding, that such money was bound to fund our project.  Paypal answered that we would have been allowed a little part of the total amount, but only after having paid the bills related to the production of the eyeglasses.

I found Indiegogo founder and chief customer officer Danae Ringelman at the Grow Conference in Vancouver on Wednesday night and asked her about the situation. She wasn’t able to comment specifically, having been out of the office at a conference all day. But what she did say should give GlassUp and project backers hope.

“We work very closely with PayPal,” Ringelman told me. “It’s likely we’ll be able to resolve the situation.”

This is not the first time that PayPal has caused massive problems with projects and companies that catch fire. In 2011, PayPal froze a charity’s account and required massive documentation before releasing funds. A year earlier, PayPal froze $750,000 in Minecraft creator Markus “Notch” Persson’s account after an vague, unexplained “suspicious withdrawal or deposit.” At other times, PayPal has frozen accounts for alternative network Diaspora and mildly salacious social network Zivity.

All of these shutdown have huge impact on startups’ capability to stay afloat, pay developers, and access their funds. And all of them seem to come out of left field. 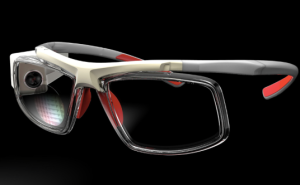 Perhaps that’s why Indiegogo crowdsourcing competitor Kickstarter doesn’t use PayPal, choosing to work with Amazon Payments instead. While some massive campaigns that are raising multiple millions of dollars might be fine if PayPal held back a portion of their funds, that’s not the case with most crowdfunding projects — such as GlassUp, which is only trying to raise $150,000, and which raised at least a third of its money via PayPal.

That’s a problem for project leader Giartosio, who had this message for PayPal backers.

“We have to reimburse all payments made via Paypal, since the beginning of the campaign,” he posted. “The reason is that Paypal would release the funds to us only after the glasses are delivered, which obviously is totally useless for our crowdfunding.”

I’ve reached out to PayPal for comment, but I suspect that this, too, will eventually be resolved.

However, founders, companies, and projects are receiving yet one more reason to not trust PayPal. And GlassUp’s crowdfunding campaign is in serious jeopardy. At the very minimum, PayPal needs much better processes for reaching out to high-volume customer that it suspects of having issues. And owes those customers at least the courtesy of a conversation before arbitrarily shutting them down.

If it won’t, founders will start looking for other payment options. If they’re not already.