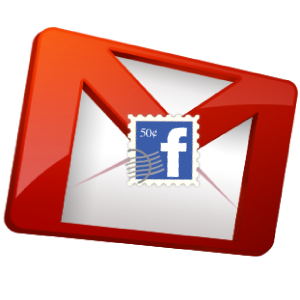 In the video, which is now marked as private, Gmail user experience Designer Jason Cornwell says, “We’ve completely redesigned the look and feel of Gmail to make it as clean, simple and intuitive as possible.” For the most part, this is true based on the images in the demo.

The overall design is largely taken from a Gmail preview theme, which is currently available to all users. However, there are plenty of new additions and drastic changes worth noting. First of all, there’s a ton of white space — making elements like the “important” arrows and message labels stand out like a sore thumb. Unread messages in the Inbox stay white while old messages are slightly shaded.

The Gmail navigation has also been refreshed. The top nav bar now consists of buttons with action icons instead of text descriptors ( e.g. – archive, spam, delete, etc.).  The left-sidebar navigation is much cleaner than the current version. Links to Contacts and Tasks are gone, or at least hidden from view. The most prominent element in the sidebar is a brightly colored “Compose” button. Opening a message brings you to the default conversation-view mode that features profile pictures next to each message snippet.

Honestly, the new Gmail design looks dangerously similar to Facebook’s message center. (See side-by-side comparison below.) The navigation (left sidebar), advertising placement (right sidebar) and list of people in the conversation/suggested users (top of right sidebar) are in identical locations on both Facebook and the new Gmail. I wouldn’t be surprised if Gmail eventually started treating all messages between two people as one continuous conversation (with no distinction between Instant Messages and emails) like Facebook does.

Unlike Facebook, the inbox doesn’t have a fixed width and users can choose one of four display density types. This is a nice addition that’s also available in the preview mode theme.

And speaking of Gmail themes, the video also revealed a variety of new “high-definition themes”, which were little more than high-resolution background photos that cancel out everything else on the page. Seriously, if you use one of those photo backgrounds Gmail instantly becomes Flickr. Hopefully, Google will allow users to upload their own custom themes when the refresh rolls out to everyone.

We’ve embedded screenshots from the Gmail video below. Let us know what you think of the design changes in the comments.