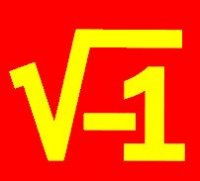 Google finally unveiled its +1 social initiative today, which, similar to Facebook’s Like feature, lets users positively rate their favorite search results. Adding this kind of social feature to search is definitely a good move, but it could also hurt Google’s ad revenues: I predict that adding a +1 option to keyword ads will have a negative effect on clickthrough rates.

It is a cardinal rule of advertising that you present the user with one call to action. Clicking on a +1 next to an AdWords ad makes no sense at all – it is already hard enough to get people to click on an ad without adding confusing paraphernalia around the unit.

A store selling futons in San Francisco that pays for a targeted ad to people in the Bay Area searching for futons wants people to click on the ad, not the +1 next to the ad. The Google +1 AdWords implementation is an obstacle to conversions with very little upside. Google Instant is already impacting click through rates by automatically populating search results as users type, and Google +1 is going to make the problem worse.

Granted, the +1 feature will help Google better rank search results by involving crowdsourced humans instead of algorithmic computing, which have been increasingly gamed by search marketers. However, it seriously begs the question, why isn’t Google simply ranking results based on what people are clicking on? If a user clicks on one link and doesn’t come back to click on other results, that indicates they have found what they are looking for.

Google +1 is a great step forward for Google as it is finally admitting that perhaps humans can be smarter than machines when it comes to detecting relevant content. But Google has already nailed how people like ads: By clicking on them.

Peter Yared is the vice president of apps at Webtrends, which acquired Transpond, a social-apps developer he founded.