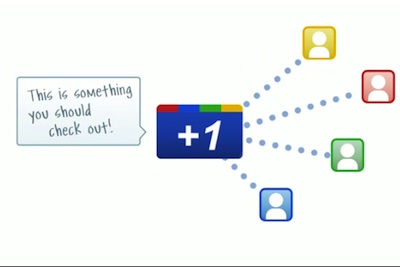 After months of speculation about Google building something to challenge Facebook, the search giant has finally unveiled its social product +1. So what is +1? Apparently, it’s Google’s take on the Facebook Like button.

That may seem a bit underwhelming after all the rumors about a rival social network, but this is actually a big deal for Google. Like the company’s executives have been saying for a while, +1 isn’t a standalone site. Instead, it adds a social layer to Google’s two key products — Google search and AdWords. It’s also an answer to the social search partnership that Facebook and Microsoft’s Bing announced last fall.

Google already has a social search feature, which allows users to see comments and annotation made by their friends in their search results. It upgraded the feature last month, making it more prominent and bringing in comments from other social networking like Twitter, leading me to speculate that Google’s big social launch was almost ready.

+1 takes the social search idea step further. Now, users should see a “+1” button next to every search result in Google. When they hit that button, they’re recommending that result, and that recommendation will show up in their friends’ search results. Here’s how Google explains the social mechanics:

So how do we know which +1’s to show you? Like social search, we use many signals to identify the most useful recommendations, including things like the people you are already connected to through Google (your chat buddies and contacts, for example). Soon we may also incorporate other signals, such as your connections on sites like Twitter, to ensure your recommendations are as relevant as possible.

Users can also hit “+1” to recommend ads they like, which should make Google’s advertising programs more powerful — if a friend has recommended an ad, users are much more likely to click on it.

This doesn’t look like a direct threat to Facebook, but besides being a response to Bing’s social search partnership, it also poses a challenge to Facebook’s goal of expanding its reach beyond the site itself using tools such as the Like button and other social plugins. In fact, Google told Search Engine Land’s Danny Sullivan that it’s working to make a +1 button available to website publishers, another area where the Like button has made inroads. And +1 should increase the number of people who fill out their Google Profiles, since you need a profile to make and see recommendations.

So is this the limit of Google’s social ambitions? Sullivan speculates that it could lay the groundwork for a bigger social push in the future. When he asked Google, he was told:

As we’ve already been saying, we’re committed to making the web more people-centric, and we’ve been gradually giving people new ways to share things and interact within our products. This is just another example of how we’re centering our products around the millions of people who use them every day.

Our focus is on improving our search results — to ensure we get the most relevant results to our users as quickly as possible. Relationships and recommendations are one way to help us achieve that goal — and this is what today’s announcement is all about.