Fresh off the completed acquisition of DoubleClick (our coverage), Google isn’t wasting any time revamping their ad business. Today, the company will announce a new service called Ad Manager that allows users to manage their own ad sales and inventory, The Wall Street Journal reports.

Other services such as AdBrite allow users to sell ad space directly to companies and insert them on their pages, but Google hadn’t ventured into that method. Instead, the company used AdSense, which mainly allowed users to rotate through pre-sold advertisements from publishers that were AdSense partners. The 900-pound gorilla that is Google just entered the room.

DoubleClick, before Google bought it, offered similar ad-serving services but charged users for them — Google Ad Manager will be free. This new service, however, will be geared towards small and medium-sized websites while DoubleClick is meant for the big players. It should be noted that Google hasn’t officially decided whether or not to make DoubleClick free. 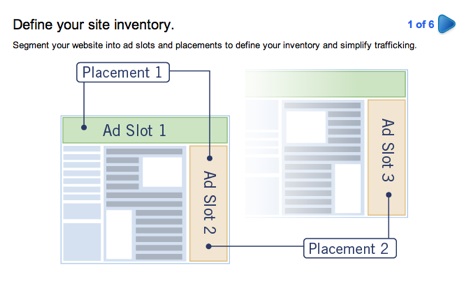 From Google’s perspective, by allowing users to directly sell their own ad spaces within the Google system, they may opt to utilize AdSense ads for the times when no ad is currently sold in a given space. This could stop customers from going to a service such as AdBrite which offers the opportunity to make more money off of your ads thanks to direct sales.

You can find the newly live service here, but you must apply for an invite to be let in. Google is limiting the number of publishers for now.