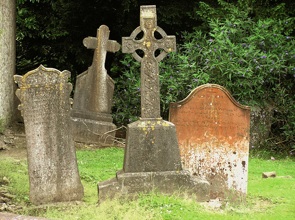 Lively by Google, the search giant’s product for creating 3D virtual worlds on the web, will be shutting down at the end of the year.

This news isn’t a big surprise — despite creative director Kevin Hanna’s speculation about expanding the product to include casual games, and his statement that the user base “exceeded every number that [Google] put down,” we’ve been hearing rumors that Lively was anything but. According to traffic data from Compete, visits to the Lively site spiked in July, then fell again. And even that spike was pretty limited.

Google’s announcement doesn’t offer much detail about the reasons for the shutdown, noting only that Lively was an experiment, and that the time has come for Google to “focus more on our core search, ads and apps business.”

This experiment was pretty brief — Lively launched a scant four and half months ago in July, and it’s still in beta testing. This is another sign that with the economy in decline, Google is taking a close look at its bottom line, and killing anything that isn’t promising. That may be bad news for Knol … 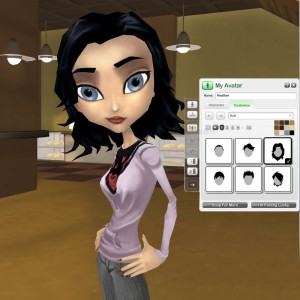 Competitors included Linden Labs’ “Second Life.” But Google’s take on it was more like a virtual room, much like the 3-D rooms being created by users of IMVU and Vivaty.

It got an initial spurt of users, but that quickly tailed off, according to Compete.com. The highest ranked room on the site was the Lively: Google Room, which had 81,252 visitors, followed by Jen’s Coffee House with 57,129 visitors. Those numbers weren’t impressive by any means. Oddly enough, Lively by Google wasn’t integrated at the outset with Google’s in-game ad business, AdSense for Games, or its web browser, Chrome.

The project was started as a “20 percent” project by Niniane Wong, an engineering manager at Google. (For 20 percent of their time, Google employees are allowed to do work that has nothing to do with their direct jobs). One of IMVU’s co-founders also worked on the project. While Google’s move validated the virtual world space, its failure is clearly a setback.

Google told development partners in the past month that it would likely shut the project. Those partners included Rivers Run Red, Millions of Us, Curiosity Strong Entertainment, Leviathan Games, X-Ray Kid, and Mindwalk Studios.

Cary Rosenzweig, chief executive of IMVU, said tonight that he was sorry to see Lively disappear but he noted that building virtual worlds isn’t easy and they must be accompanied by viable business models. He said that IMVU is on track in November to have its best month ever.