Google’s Buzz is facing some pretty strong headwinds. After being hit by significant backlash over the cursory way it treated privacy settings for the new service, the company has tweaked the settings yet again. Per google’s product manager Todd Jackson,

Starting this week, instead of an auto-follow model in which Buzz automatically sets you up to follow the people you email and chat with most, we’re moving to an auto-suggest model. You won’t be set up to follow anyone until you have reviewed the suggestions and clicked “Follow selected people and start using Buzz.” 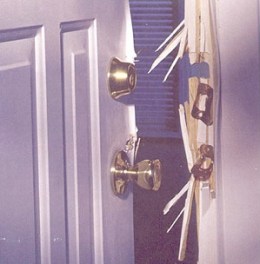 The question on everybody’s mind right now is, “How did Google botch it up so badly?” I’m inclined to believe that a lot of this backlash is probably what Google expected. Given the strong feedback Facebook got from its user community on Facebook Beacon, and more recently, when Facebook reset its privacy settings, Google should definitely have known what kind of collateral damage such a product can do to user privacy. Google’s blatant disregard of privacy issues probably echoes what Mark Zuckerberg had to say a few weeks ago — Privacy is dead.

Increasingly web players are going to test the limits of privacy, and how they can put more and more of our digital lives out for everyone to see. If the web is indeed making a transition to a social web, then Internet companies are going to spare no effort to ensure their strategies for monetizing the web are carried forward to the social web. And what better way to do that than to win yourself access to the fattest possible data pipe. Google can’t build a social network of 400 million people to compete with Facebook today, but it can start creating one with what it already has. Build a social layer, thrust it on the inboxes of millions of people, push the limits, and then take baby steps backward.

Such scenarios are likely to recur increasingly as social networks, email providers, handset vendors, and mobile carriers vie for a piece of the pie in the next phase of the evolution of the web. Each of these categories of players has access to a certain amount of personal data, and they will increasingly look to build what they will want us to believe are, ‘social’ networks. With mobile-based check-ins expected to be a commodity soon, the intersection of location with behavioral data from social media offers significant potential for the next generation of online/mobile ads. Metrics from current social media are extremely encouraging to say the least. Comscore, in a recent report, says that time spent on Facebook at end of Dec 2009 increased almost 200% year-on-year. And this is on top of a 100% growth in unique users.

To Google’s credit, it has been prompt in reacting to feedback. But the very fact that it has attempted to marry personal services such as email with public networks shows the large leap that it has taken with user data. The tweaks that it is currently doing now are pretty minor — just the bells and whistles of how the service is defined. It’s that large leap that’s going to encourage other players in this space to keep experimenting around the borders of traditional privacy norms. These norms are going to be tested so many times, that they might indeed be reset at some point soon.