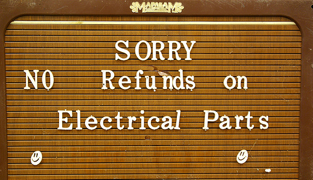 During its earnings call this morning, Time Warner noted that Google has exercised its option to dump its stake in AOL. Time Warner now has two options: pay Google for its 5 percent stake or make AOL its own entity and take it public. The latter ain’t happening.

Time Warner chief financial officer John Martin says the company is reviewing the request, and if it doesn’t try to delay the request, it could buy back Google’s stake in AOL for its current appraised value. That’s important because, while Google acquired the 5 percent stake in 2005 for $1 billion, in its recent earnings call Google noted that its investment had lost nearly three quarters of its value. So if Time Warner forks over money to Google, it will be something in the neighborhood of $250 million.

So why is Google doing this? Well, it may simply want to dump its stake in AOL before it loses even more value. But MediaMemo’s Peter Kafka has a more interesting take. He thinks this is a play by Google to get Time Warner to re-up its AOL paid-search deal with Google. Or that this may even be a maneuver by Google to keep the search deal if and when Time Warner dumps AOL itself.

It’s been known for months that Time Warner is trying to sell or merge AOL with another company. The smart money is of course on Yahoo, but those two sides have not been able to make any progress despite meetings.

Back in 2000, it was actually AOL that bought Time Warner for $164 billion. Now, AOL itself may be worth only something in the neighborhood of $5 billion.