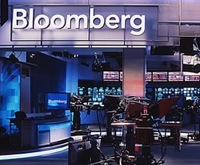 Advertising is perhaps now the key element to Google. One could even make the argument that it’s even more vital to the company now than its core product, search, is. After all, if someone pulled the plug on Google’s AdSense and AdWords revenues, the company would be a shadow of itself. That’s why it continues to diversify its advertising projects.

Television is a particularly important space when it comes to advertising, and today, Google has announced a partnership with Bloomberg TV to supply ads for the channel. This follows deals Google has with NBC Universal (select channels) and Dish Network in the television space.

If something like this were to catch on, it could revolutionize the television advertising industry. The TV ads run through Google only cost money to advertisers when impressions are being made, just as Google’s online AdSense ads only charge per impressions made or click-throughs, as CNET notes.

Such a move could make television ad buys much more efficient for advertisers.

Also, as more content from the Internet makes its way to television, we could start to see a merging of the advertising landscapes for both industries. It’s smart for Google to have its hands in both pots.

Spot Runner is another company that was attempting to bridge the gap between online advertising and television advertising. Unfortunately, that company has had to lay-off employees recently and realign its strategy.