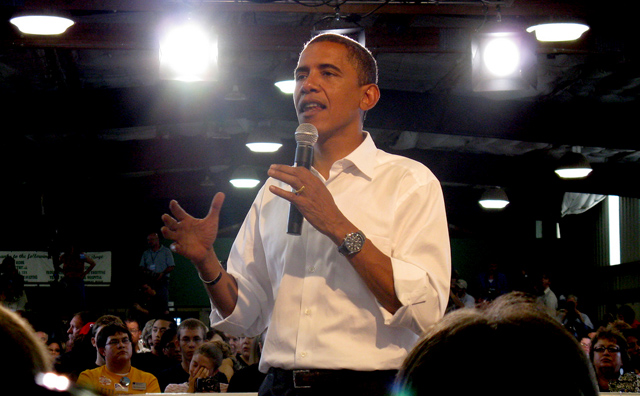 In what might be the biggest promotion yet for the Google+ social network, President Obama will be participating in a Google+ Hangout and answering questions submitted via YouTube on Jan. 30.

While there’s been some controversy over forced registrations for Google’s social network and misleading statistics from Google, there’s no doubt that a chance to “hangout” with the President will get Google+ some more traction and more followers. Google claims Google+ has 90 million registered users, but we don’t know how many of those users are actually actively using the service.

However, with more than 4 billion video views per day, people are definitely actively using YouTube. While YouTube commenters aren’t known for making particularly highbrow remarks, taking questions from that crowd can’t be much worse than the town halls that Obama held at Facebook and Twitter last year.

President Obama will use Google+ on Jan. 30 to respond to “a selection of top-voted questions you’ve submitted in a live-streamed interview.” Those interested in participating have to submit a question for the president on YouTube and then the government will pick some of those users who submitted to the Google+ Hangout.

The event will be streamed live at 5:30 p.m. Eastern/2:30 p.m. Pacfic next Monday on the White House’s YouTube channel. The deadline for YouTube question submissions is January 28 at 11:59 p.m. Eastern, so you better get hopping on your colorful, thoughtful submission.

You can watch a short video promoting the YouTube/Google+ session with Obama below: