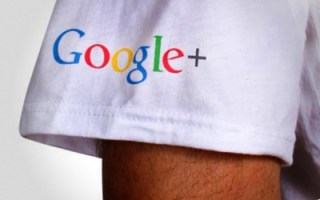 Google, as it has long promised, is taking another step toward unifying all its web products under the Google+ umbrella by making Google+ a big part of signing up for a new Google account.

Today, the astute webmonkeys over at the Google Operating System unofficial blog noted that joining Google+ was automatically included with starting a new Google account.

However, this feature has been rolling out since last November, a Google spokesperson told VentureBeat in an email.

“We hadn’t changed our Google Accounts sign-up flow in more than seven years, so it was due for a refresh,” the rep continued.

In an official statement, Google said, “We’re working to develop a consistent sign-up flow across our different products as part of our efforts to create an intuitive, beautifully simple, Google-wide user experience. Making it quick and easy to create a Google Account and a Google+ profile enables new users to take advantage of everything Google can offer.”

Our Google contact continued to say that if a new Google user wants to delete his or her Google+ profile, he or she can do so any time from the Account Settings page.

Last November, around the time the Google+ signup automation started rolling out, we chatted at length with Google exec Bradley Horowitz, who told us the company needed a way to unify all its various web products, from email to maps to videos and beyond. The current multi-account system was confusing and inelegant, to say the least.

“We think of Google+ as a mode of usage of Google, a way of lighting up your Google experience as opposed to a new product,” Horowitz said at the time.

““We have browsers, phones, self-driving cars, TVs. In many ways, these products have grown up very autonomously and have veered off in different directions, and it’s clear that we can now rationalize them and make them coherent and accretive to each other … It’s easy to think of Google+ as something other than just Google, and I think it’ll take more launches before the world catches up with this understanding.”

As of yesterday, Google+ claims to have 90 million users (that’s registered, not necessarily active, users), a statistic that has Google social chief Vic Gundotra excited — not just about the present, but about the unfolding future, as well.

“Four months ago, when we opened [Google+] to the public, we were not sure what kind of reception we would receive,” said Gundotra on his own Google+ page.

“Expect us to deliver something truly beautiful. We’ve only just begun to work on that promise.”