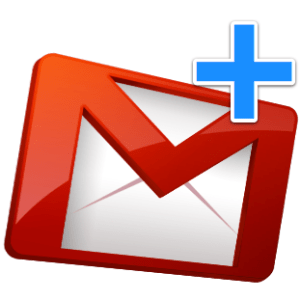 Google’s popular email product Gmail is about to get much more social.

The company is forging ahead with plans to add a social layer to Gmail by adding integration with its new social service, Google+, according to Gmail engineering manager Mark Striebeck.

In a public message via Google+, Striebeck asked users for responses to the following three questions:

Striebeck is using Google+’s Hangouts video chat feature to conduct six focus-group-like meetings for the purpose of brainstorming. Only 50 lucky people will get to participate in the 15-minute-long Hangout sessions, which will happen tomorrow from 3 -5 p.m. PST.

Striebeck also set up a survey form for users to submit ideas on Google+/Gmail integration after an overwhelming number of requests to join the Hangout sessions. However, plenty of people left their suggestions in the comment section of Striebeck’s note.

“I would love to see a cross-notifications feature integrated into Google+ for Gmail — i.e., when I’m in Gmail, I can see G+ notifications in the upper right. But I’d like to be able to ‘sit’ in G+ (which I’m more likely to have open than Gmail now because of the real-time feed) and see new mail notifications for Gmail in the toolbar,” wrote Caryn Vainio.

Google+ user Steve Woods said he wants to avoid using two separate Google+ accounts for his work-based Gmail account and his personal Gmail account. “It would be nice to be able to simply add a work-based Gmail address (or any other number of my personal or work Gmail addresses for that matter) to this G+ account, then tie those Gmails to a Circle(s) for work- or other- based content management,” Woods wrote.

And while I saw several comments asking for better management of Gmail contacts with Google+ Circles, just as many people were nervous about that level of integration.

Scanning through the comment section on Striebeck’s note revealed many statements asking Google to take great care in regards to separating the privacy of email with the openness of Google+. That’s something the company didn’t do with its first attempt at adding a social layer to Gmail, Google Buzz. The company’s launch of Buzz within Gmail caused privacy concerns for many of its users —  resulting in a class action lawsuit.

“One of the single biggest EPIC failures of Buzz was the nearly forced integration of a Google social product and that of a service that some people pay for. I trust you will find a way to seamlessly integrate these two products, but be warned: If I (and likely millions of others who share my perspective) am unable to keep both products completely isolated from one another, solely at my own discretion, it may be the reason I stop using either one,” wrote Google+ user Brian Kelley in a comment.

Clearly, the company has learned from past mistakes by trying to include its users in the Google+/Gmail integration process. Another screw up could cause people to stop using Gmail entirely.