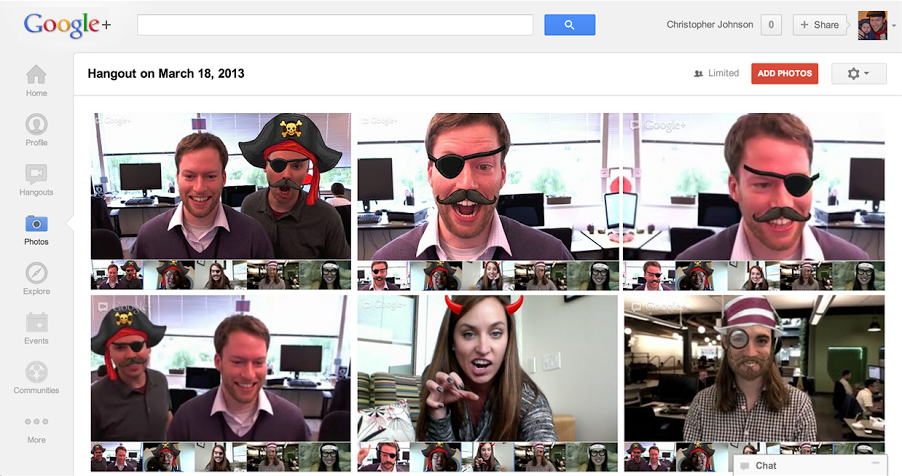 Google doesn’t think taking a screenshot is easy enough, so it updated its social network Google+ today to include “Capture,” an app that is supposed to make it easier to take pictures of your Hangouts.

Hangouts are Google+’s video chat rooms. Up to nine people can join a Hangout and use it either to chat on a particular subject (or just visit with friends). The video technology isn’t all that bad if you’ve got a good Internet connection, and politicians, religious icons, and celebrities have used the service to connect with their fans.

Since Hangouts arrived on the scene, screenshots have been the only option for capturing funny and memorable moments. The Capture app takes a picture in one click. The photos are saved into a photo album on your Google+ profile that only people in the Hangout can see. Because Google has introduced a number of apps for Hangouts, including Screen-sharing, YouTube, and Effects, which let you put on funny virtual hats, glasses, and facial hair that follow your face around the screen, people are bound to want to use the app.