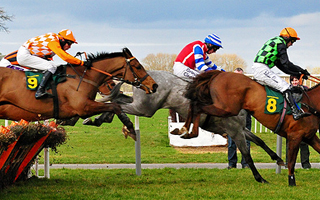 Google+ is moving rapidly out of the starting gate, but it hasn’t yet caught up to MySpace — or even Classmates.com.

When it comes to just social networking sites, Google+, which launched just three weeks ago, is already in nineteenth place, according to data from Experian Hitwise.

In the broader category of social sites and forums, which includes sites such as YouTube, Yahoo Answers and Yelp, Google+ comes in forty-second.

These rankings are based on traffic data gathered during the week ending July 16, 2011.

This means that so far, Google+ is still staring squarely at the haunches of sites like MySpace, Tumblr, StumbleUpon, Gaia, deviantART, Orkut and Classmates.com. The fledgling social service did, however, pull in ahead of MyFamily.com, a pay-to-play, private social network for families. You see these networks’ relative sizes in the VentureBeat charts below. 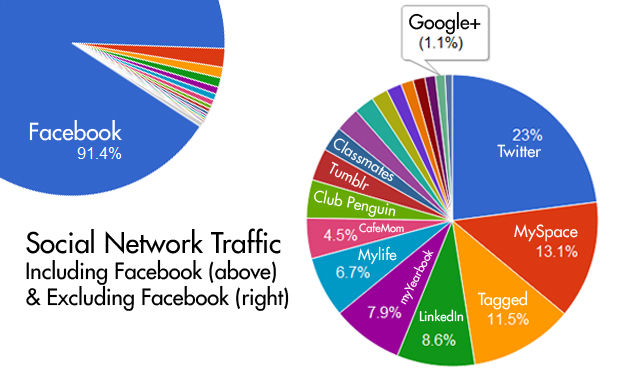 According to comScore, Google+ has seen around 20 million unique visitors, and Google itself is claiming 10 million registered users already.

These data mean that, regardless of who’s ahead of Google+ right now, the service is still the fastest-growing social network in the history of the web. If recent trends are any kind of indicators, we can expect to see Google+ pull ahead of some of the second- and third-tier or niche-oriented social sites in short order.

Still, if Google wants to be a true social competitor, it must train its sights on Facebook, which currently commands around 91% of traffic to social websites.

In other Hitwise data, Google+ was shown to be the 638th most visited U.S. site (a significant jump from its previous weekly ranking of 2404th place), with 56% of its upstream traffic coming from sister Google sites, including web search and web-based email. Hitwise’s data confirm comScore’s stats about users, indicating that the majority of users are relatively young (38.37% of visits are from users between 25 and 34 years old) and male (57% of users have a Y chromosome).