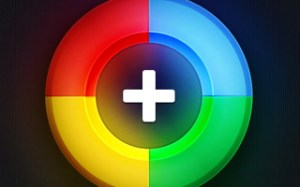 Fledgling social network Google+ had its best traffic month ever in December, with more than 49 million U.S. visits, a sign that the company’s bet on social is slowing paying off.

Several pundits previously wondered if Google+ would become a graveyard after several studies showed traffic declines, with one eye-popping Chitika study in October showing traffic had fallen 60 percent. But Google’s decision to incorporate the network into other products like Gmail and Google Reader have paid off in higher traffic and more steady interest in the network. And while it doesn’t begin to touch Facebook’s staggering traffic in the slightest, Google+ is at least growing.

Experian Hitwise first revealed the details of Google+’s steady growth in a tweet with an accompanying chart. The tracking company notes that Google+’s traffic in December was up about 55 percent from November traffic and collected more than 49 million U.S. visits. No doubt CEO Larry Page and Chairman Eric Schmidt are smiling at those numbers.

Unofficial Google+ statistician and Ancestry.com founder Paul Allen, who has previously been accurate in his tracking, said last week that Google+ now has about 62 million registered users and is signing up 625,000 new users per day. Allen estimates that, based on that rate of growth, Google+ should expect to see 100 million users by the end of February, and it could potentially end 2012 with 293 million members.