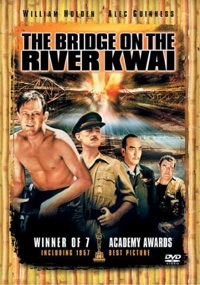 You have to love it when companies such as Apple, Microsoft and Sony have been at work for months or even years to get content from your computer to your television — and then Google comes in, releases a tiny application, writes a three paragraph post on the matter and has it all solved.

Okay, it’s not quite that straightforward, but Google’s announcement of its Google Media Server is significant. This gadget is built on top of the Google Desktop application. It works alongside Google Desktop Search to find the media files on your computer and then lets you share them with a TV connected to a UPnP-enabled device at the touch of a button.

You may think you don’t know what a UPnP device is, but there’s a pretty decent chance you already have one in your living room. Do you have a Playstation 3, an Xbox 360 [update below], an original Xbox, or maybe an HP MediaSmart LCD TV? If so, you have one. If not, here’s a list of other UPnP media renderers you might have.

The application lets you play videos, look at pictures, listen to music and even watch YouTube videos right on your television. And did I mention it’s only 439 kilobytes big?

So without having to spend millions of dollars on researching, manufacturing and shipping a set-top box as some of its competitors have done, Google is using boxes many people already have and simply building a bridge into the living room for your content.

One caveat is that it’s PC-only at the moment, so Mac and Linux users are out of luck. But if this is a hit application, you can probably expect those shortly.

update: As commenter veverkap has dug up below, apparently this will not work with the Xbox 360 yet. Even though that is technically a UPnP device, Microsoft’s DRM checking is prohibiting another company that isn’t Microsoft from sending info to the box. Google could emulate this permission rather easily (I have a program on my Mac that does it), but appears to be scared of the legal rammifications.

At time of development the only way to connect the XBox 360 to a UPnP server, was to have a service that is only found on Microsoft services (used for registering for DRM content) and for the server itself to be claimed to be made by microsoft.  Legal would not allow us to pretend to be microsoft (although there are other servers out there that do).