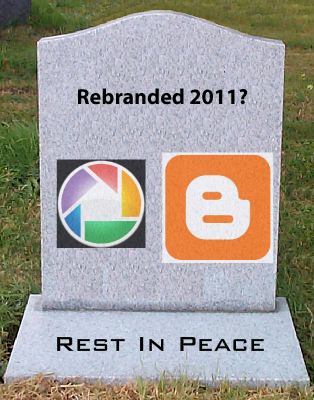 Google is planning to rebrand its blogging platform Blogger and photo service Picasa with names that identify them as Google products, reports Mashable.

Google intends to rename Picasa “Google Photos” and rename Blogger “Google Blogs,” according to unnamed sources in the report. While YouTube will retain its own branding, other Google products are also likely to be affected.

The rebranding, which Mashable states will take place about six weeks from now, appears to be part of an effort by Google to consolidate its products to focus on its new social platform Google+. The rebranding will coincide with the public launch of the Google+ service in 6 weeks, according to the sources.

Google has rebranded many of its products in the past, including GrandCentral (Google Voice), JotSpot (Google Sites), Writely (Google Docs) and many others. However, unlike most previous efforts, this will be the first time Google has attempted to rebrand a product as popular as Blogger or Picasa.

The rebranding effort would be a natural move on Google’s part, especially since the company is focusing all its efforts on becoming a social product going forward. This strategy is also effective since any portion of Google can be used separately or in conjunction with other Google products, which is something Facebook isn’t set up for.