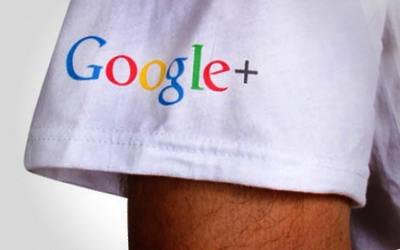 Google+ is now allowing users to bring their nicknames, pseudonyms, and other identities onto the social service.

Up until now, Google+ users were supposed to only use their given-by-their-parents-on-a-birth-certificate names, which might have worked well for a lot of normal social-web users accustomed to that policy by Facebook-driven norms.

But the policy didn’t sit well with a lot of others, from artists and developers to the many other types of individuals who commonly use handles other than their given names as they move through real and online spaces.

In a Google+ post announcing the change, Google executive Bradley Horowitz wrote, “Today we’re pleased to be launching features that will address and remedy the majority of these issues. To be clear — our work here isn’t done, but I’m really pleased to be shipping a milestone on our journey.”

Horowitz said that over the next week, the company will start supporting “alternate names” to be listed alongside a user’s given name. Nicknames, maiden names, and names in other, non-Roman alphabets could potentially be used here.

“This name will show up on your Google+ profile and in the hovercards which appear over your name,” Horowitz wrote. “In the next few weeks, we’ll be displaying it more broadly as part of your name in other areas of Google+ as well.”

Also, Google will attempt to support people who have “established identities” — unconventional names that still represent individuals. In some cases, an individual might be asked by Google to prove such an identity by providing references in print media or showing “a meaningful following” of online fans and friends for that pseudonym.

“Today is a small step towards improving the ways in which you can communicate your identity on Google+,” Horowitz concludes. “We will be listening to feedback from the community and will continue to refine all aspects of how we handle names and identity over the coming weeks, months and beyond.”

However, Google+ accounts are increasingly being linked to other Google web product accounts, from Gmail to Blogger. Someday soon, Google+ accounts will likely be linked to products like Google Checkout, where only a “real world” identity will do. As Horowitz mentioned in a recent long interview with VentureBeat, Google is well aware of the complexities and challenges of managing multiple personas and identities online, and the company is thinking carefully about how to let each one of us be who we are, whatever that means for us, on Google’s Internet.

Saying that there are three ways to use any web product, unidentified, identified or pseudonymous, Horowitz told us last year, “Certainly, some products like Google search will support ‘incognito’ mode… [but] something like Google Checkout is the highest bar, where financial processes are involved. And there’s a spectrum in between. Some products make sense to support in multiple modes, and it’s sort of a product-by-product decision.”