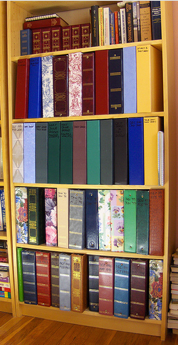 Given the recent proliferation of both digital cameras and camera phones, it should be no surprise that digital images are making their way online in staggering numbers. 100 billion images are being captured and made available online every year, R.J. Pittman, Google’s director of product management for consumer search properties told Beet.TV in an interview (embedded below).

Soon, he expects there to be over a trillion images online. And naturally, Google is aligning itself to be able to search and organize all of them.

Searching images is no real surprise, Google has been doing this for a while with Google Image Search. It’s trying out exciting new technologies however, such as facial recognition to be able to search beyond pictures’ meta data, titles and text surrounding the image.

Yes, in the future, Google’s computers will be able to look at a picture online and identify you based on what you look like.

The goal to organize images is interesting as well because the online version of Google’s Picasa product is generally thought to be a lesser version of other online photo orgainzers such as Yahoo’s Flickr. Pittman doesn’t even mention it. Instead, he goes right into Panaramio, Google’s other online photo management system.

Panaramio is much more interesting because it’s centered around geotagging photos. (That is, putting the information on where a photo was taken and attaching it to a picture.) You’ve probably seen photos from this service if you’ve used Google Earth or more recently Google Maps. Pittman seems awfully excited about Panaramio’s capabilities when paired with the growing number of camera phones with GPS (such as the upcoming iPhone 3G will have).

Could Google be gearing up to combine Picasa and Panaramio into one product called “Google Photos?” Evidence buried in the code of Picasa and dug up yesterday by Google Operating System, suggests a product rebranding could happen.