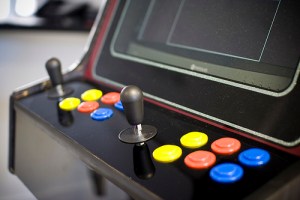 While most people are still waiting to experience the plethora of new features available on Google+, there are portions of the new social service that no one has access to yet. An examination of Google+’s code reveals references to both Google Games and Google Questions, reports Engadget.

Social games were noticeably absent from the list of things available on Google+, the search giant’s long-awaited response to Facebook.  Google likely wants to mimic the success that games like Mafia Wars and Farmville brought to Facebook’s platform — especially since the search engine giant has invested a significant amount of money in social game company Zynga.

Given the vastness of Google+  — which offers a multitude of ways to communicate with various social circles — it’s understandable that Google Games wasn’t included in the testing launch. The same can be said for Google Questions.

A question-and-answer feature is something most social networking sites have added as a direct response to the popularity of Formspring.me. Both Facebook and Tumbler now have Q&A features. So, it would make perfect sense for one to pop up in Google+ at some point.

It’s not clear when we’ll see either games or questions debut on Google+. But since the company is re-assessing its invite process, releasing new Google+ features is probably pretty low on the list of priorities right now.