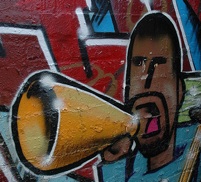 The FCC-imposed period of silence following the spectrum auction has finally been lifted, and Google is talking.

As we suggested when news about the auction results broke, Google is very happy with the outcome despite not winning a single piece of the 700 Mhz spectrum. Why are they so happy? The company believes its actions both leading up to and during the spectrum auction helped consumers and the industry as a whole.

“Partly as a result of our bidding, consumers soon should have new freedom to get the most out of their mobile phones and other wireless devices.” Which I read as: Android, coming soon.

Interestingly, Google says that it was willing to go “somewhat higher” than the $4.6 billion set reserve price for the “C block” of the spectrum, and in fact claims it was the leading bidder for “many days.”

Just because the auction is now over with Verizon having won the C block, don’t think Google is going to sit back and watch what Verizon does with it:

“The end of the auction certainly doesn’t mark the end of our efforts toward greater wireless choice and innovation. We will weigh in at the FCC as it sets implementation rules for the C Block, and determines how to move forward with a D Block re-auction.”

Google closes out the post with a mention of the TV spectrum “white space”, which may be even more important to the company than this auction was (our coverage).