Google has just released its annual Zeitgeist report for 2008. The report brings together all the search data that Google collects throughout the year and highlights some of the most interesting things. And this year, for the first time, it includes specific data for 30 different counties, according to the Google Blog post.

So what’s in the report? Well globally, the fastest rising terms the year were as follows: 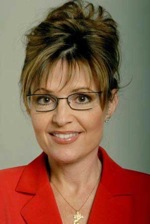 Yes, former Republican Vice Presidential candidate Sarah Palin captured our minds, if not our hearts, this year. She managed to beat out the Chinese Olympics, and interestingly enough, the rather specific, “facebook login.” And while Democrat Barack Obama may have won the United States’ Presidency, he too lost to Palin in search race, coming in at number 6.

However, for the U.S. Zeitgeist data, Obama was the number one fastest rising result last year. Along with Palin, he beat Facebook and the iPhone on that list. Though, once again, it was Palin who took him down in Google News and Google Image searches.

This year’s Zeitgeist also lists the top ten most searched for social networks in the world:

It should be no real shock that Facebook topped MySpace, as that has been the trend for some time, but how about networks like Friendster not even making the top 10? It fell behind quite a few of the foreign ones. 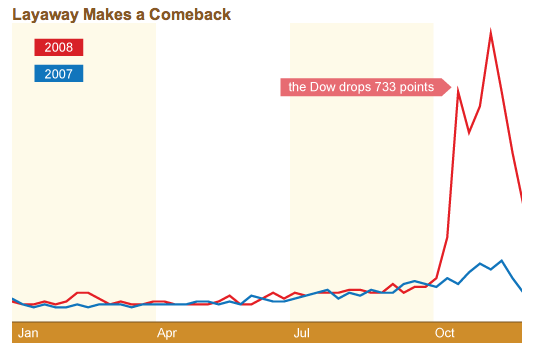 The economy was also on a lot of people’s minds in 2008. The top searches in that area included:

2008 also saw quite a few films come out based on comic books. Zeitgeist has a nice graph breaking the search data for those down. Not surprisingly, Batman, the main character in what is now the second largest grossing domestic film of all-time, The Dark Knight, rose above all others. 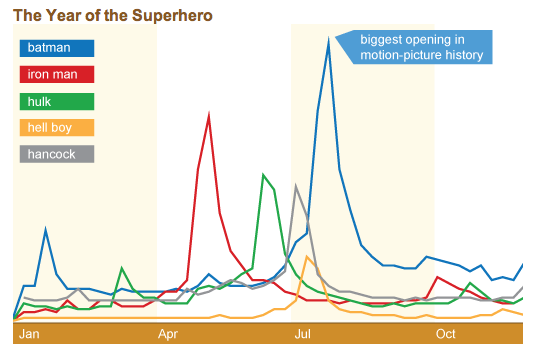 In the new “Around the World” section, Zeitgeist shows the differences between nations, but also many similarities. Chief among them seems to be the desire to find information about Facebook, YouTube and the iPhone — all of which also made the U.S.’s list.

And yes, I’ve used the joke in the headline before — a few times. It never gets old.

You can find the previous years’ Zeitgeists here.