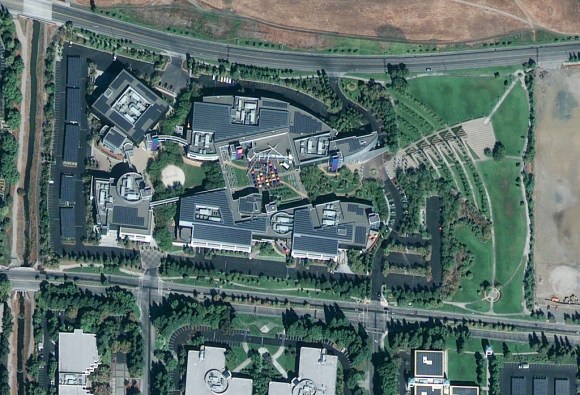 Google recently hitched a ride up to space with the GeoEye-1, the new imagery satellite built by GeoEye. Today, the company sent us a picture (above) that the new satellite snapped of the Google’s Googleplex headquarters in Mountain View, Calif.

While you may look at the Google Maps view of the Googleplex and think this image isn’t much better, I’m told that this is because what you see on Google Maps is a combination of aerial imagery and satellite imagery. The above is all satellite — as in hundred of miles up in the air — as in, in space.

From that perspective, this looks really good. The picture is a 50-cm image, which is the maximum resolution Google is allowed to use, because a certain large entity called the U.S. government is also using the GeoEye-1 for national security purproses.