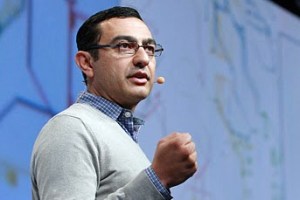 Google VP Vic Gundotra has admitted that the company’s new social network, Google+, has made mistakes when it comes to kicking many people using fake names off the service and says there is still much to do to perfect the system.

Gundotra’s comments came in a discusion with tech blogger Robert Scoble, who used to work with Gundotra at Microsoft. Gundotra elaborated to Scoble that there is more going on behind the scenes than simply purging falsely named users.

“[Gundotra] says it isn’t about real names,” Scoble wrote on Google+. “He says he isn’t using his legal name here. He says, instead, it is about having common names and removing people who spell their names in weird ways, like using upside-down characters, or who are using obviously fake names, like ‘god’ or worse.”

Gundotra also noted the Google+ team is working to find a way to handle pseudonyms and will do a better job of communicating with people to let them know what they are doing wrong.

Scoble told VentureBeat that he wants to see process changes like being able to find out more information from Google if you are banned. But overall, he agrees with the direction Google+ has gone with real names.

“Facebook has already done research on this that shows people want to see real names,” Scoble said. “And Vic wants a better quality community than an Internet forum with anonymous users.”

Several high-profile Google+ users have derided the service’s “real name” policies. Jay Freeman, developer of the Cydia app store, slammed Google on Sunday for its inconsistencies in banning users over their names.

“Personally, I think this state of affairs is ludicrous,” Freeman wrote on Google+. “Google’s attempts to enforce what a name is don’t even stand up to the test of multiple cultures, much less the test of an online pseudonymous world.”

Before Gundotra’s admissions, we had already heard reports that Google was hard at work trying to attract celebrities to Google+ and plans to add verified accounts like Twitter. This could help attact even more users to the service, which now has more than 20 million users.

The logic behind having real names attached to Google+ users is to build trust and encourage an authentic and diverse discourse. But if Google wants users to trust the network, it will need to get these problematic issues resolved quickly.